Trending Now
You are at:Home»Features»SB Local»Musical Talents in Santa Barbara

Santa Barbara is the place for many musical talents of all genres. We took a closer look at three of the local bands in Santa Barbara that are dedicating most of their time to perform and create music.

“Music means so much to me,” said Shennie Smith, a Santa Barbara musician. “It means life, passion, love. Music is magical.”The passion for music started in young years for this Norwegian vocalist, she would record herself and practice her singing when she was a little girl. 7 years ago, she moved to Santa Barbara to pursue her career in music and now she has regular gigs at bars and restaurants in town. 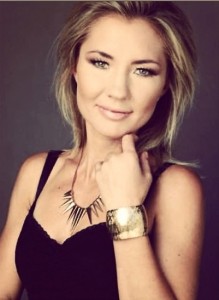 Shennie is also a songwriter, and describes her music as soulful, fun and energetic. The inspiration comes from the different beats she listens to, or other vocalists that touches her.

Antioch-student Shennie was the creator of the rockband Pretty Awesome, and two years ago she decided to try a new genre with guitarist Jeff Kranzler, and together they started the duo Shennie and the Captain, which focuses on playing covers acoustically. “With Shennie and the Captain we are doing more beachy and chill vibe songs.”

The Shennie and the Captain play every Saturday at the Bacara Resort in Santa Barbara, and they also have regular gigs at Café Luna in Summerland. Shennie’s music can be found on her soundcloud and Facebook page. 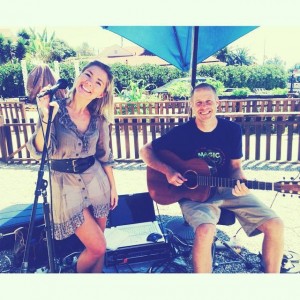 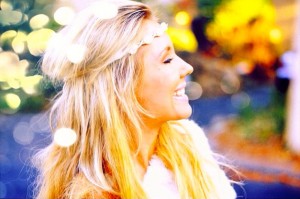 “All of our music is a lot of genres mixed together,” said Carmalisa Reichhart who plays the violin in the band Surprise Me when describing their music. “All of our songs sound different.” The five members met at Santa Barbara City College and have now performed their original songs at various bars in downtown Santa Barbara. “One of the things that I really enjoy with music is touching people with the music and the lyrics,” said John Joveth Jorquia who one of the songwriters. “To inspire people with the music that we are writing together.” 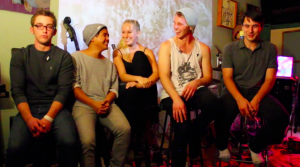 Surprise Me with all their members

Surprise Me describes their music as electro-pop-rock, and the songs are mostly about love. “It is more of an edgy way of looking at love, what it’s actually like to date someone,” Jorquia said who is inspired by his personal experiences.

The band has been in existence for about 6 months and they are already prepared to release their first album that they recorded and produced themselves. The release party will be held at Velvet Jones in Santa Barbara on December 13th where the audience has the opportunity to purchase their album (more information about the event can be found here). All of the songs will be available to download online the following day.The next step is to market their album and soon they will start recording their second one.

The five group members met in classes at the Santa Barbara City College and consists of John Joveth Jorquia, Carmalisa Reichhart, Julian Hall, Dex Sullivan, and Michael Bell. There music is available on soundcloud and their youtube channel, and updates about their performances can be found on their facebook page. 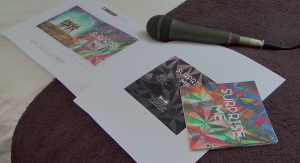 The Cover Art for their CD 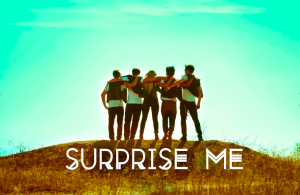 “Music is a language,” Antioch alumnus Daniel Vasquez says when talking about his passion in life. “Some people don’t have a voice in one way. They could use music as their voice without putting themselves all the way out there.”

The four members of the group met at the Santa Barbara City College, and in 2010 they officially started the band The Reignsmen. “It’s basically rock’nroll with a little bit of an older feel,” Vasquez described their music. All the members are writing their songs together, inspired by everyday life. “It is easy to connect to everybody.” 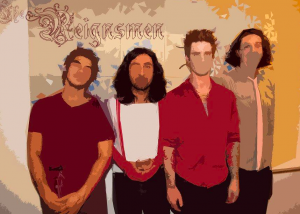 The Reignsmen consists of Tommy Trujillo on lead vocals and base, Adam Duffin and Daniel Vasquez on guitar, and Matt Drake on drums. “We bring a lot of high energy and try to make everything as big as possible,” said Vasquez.

The group has also been the first band to play at several bars in Santa Barbara, such as the Pressroom, Killer B’s, and Indochine. “We are pretty much down to play anywhere,” Vasquez explained.

After having won the Battle of the Bands in 2013, The Reignsmen had the opportunity to record their EP, which will be released on January 9th at SOhO, a music venue in Santa Barbara. Right now the band is planning a tour for next summer. Information about the tour and their music can be found on their website, soundcloud, youtube and their facebook page. 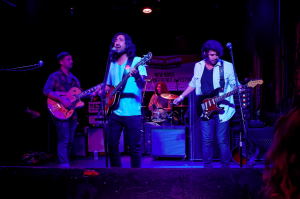 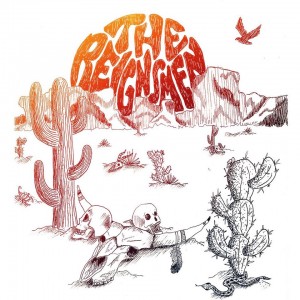 The Cover Art for their EP