Trending Now
You are at:Home»Features»Opinion»Paris – One Month Later

A month after the terrorist attacks in Paris, the web shows a wide spectrum of reactions ranging from sympathy to rage.

November 2015 Paris attacks – that’s the name of the wikipedia page that describes the event where a small group of terrorists, organised by the Islamic State (IS) militant group, carried out a series of coordinated attacks across Paris on November 13, 2015. Shootings and bomb blasts that left 130 people dead and wounded hundreds more. It shouldn’t surprise me that the Paris attacks already has a wikipedia page, but it does. 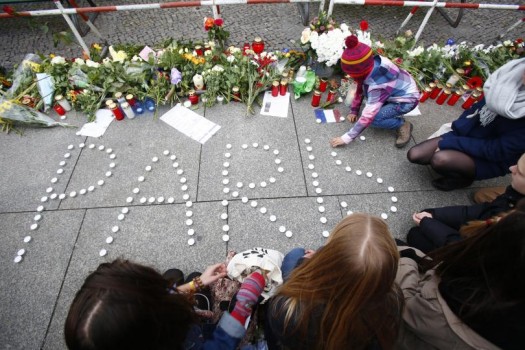 The people of Germany put on a display of support and sympathy for the victims of the Paris attacks.

Although it’s nowhere near as surprising as the wide spectrum of reaction videos you can find on youtube concerning the Paris attacks. I searched youtube to find a video to accompany this reaction article and was shock to find reactions ranging from sympathy to rage. There are even Paris Attack deniers and conspiracy theorists – youtube needs a legitimate source filter.

Yet, among the hate and denial there is also much love and sympathy. The above video is a statement from Antoine Leiris who lost his wife Helene in the attacks. I think to myself, if Antoine can move past this horror with such grace and determination then others can as well.

But then, just a couple of weeks later wikipedia has a new page up, this time entitled 2015 San Bernardino shooting. Grace and determination will only get so far without addressing the underlining issues – the why and wherefores. Thankfully, there are people like Noam Chomsky who still ask the right questions, when most would like to strike back in kind. Because despite what demagogues like Donald Trump spew, violence and hate will only bring more of the same.