Trending Now
You are at:Home»Features»Opinion»Queen Bee has Officially Touched Down in California

Beyoncé has graced California with Formation World Tour, and her presence is epic to say the least. 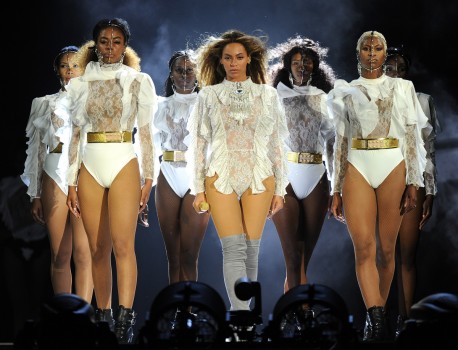 Her tour started in Miami Florida and I had the opportunity to see her in San Diego, CA.

As Kate Bin, writer from rolling stone perfectly wrote, “How does a queen get in formation? First, she books 41 concerts across 15 countries. She then fills 36,742 seats in the 305 on opening night. Three days before showtime, she drops a 12-song album and hour-long movie and causes a sonic boom online. She incites thousands of conspiracists to tear up the Internet and says not a single word. She performs more than 30 songs in two hours and whips fiercely through six costume changes with the support of 16 backup dancers. There’s only one woman that could pull all this off and come off so, to quote Beyoncé Knowles herself, “flawless.”

The Formation World Tour is the seventh concert tour by Beyoncé in support of her sixth studio album, Lemonade. The visual album Beyoncé dropped is complex, mind-boggling, and ethereal. So fans were enthralled to see what captivating imagery her tour would bring. Expectations were set high and the queen left everyone speechless and satisfied.

Here are the top 4 must see and thrilling highlights:

1) Some may consider her performance a concert but many would call it a life changing experience.

4) If you are looking for a motivational pep talk, women empowerment and lots and lots of glitter then seeing Beyoncé live should be on your bucket list.