Almost 50 years after the explosion of skateboarding it has become a passionate activity for many Santa Barbara locals despite the lack of designated skate spots. Why, after the beneficial development of skateboarding, are there still misconceptions of the “destructive” image behind skateboarders and a prejudice stereotyping towards their chosen life style?

The history of Skateboarding and the culture of what it has become all started around the corner; in Venice Beach, California. Soon after the explosion of worldwide interest for skateboarding, Southern California became the most ideal location for those who felt inspired by the new trend. There is an obvious development in the sport today as the professionals become younger and the advancement of riding becomes more challenging and technical every year. Skateboarding has developed into a billion dollar industry and provides a loving community for people of all ages to feel engaged in. Therefor the positive effects of skateboarding should be emphasized seeing that so many are still unaware of it. Here, I will take a closer look at the skate scene in Santa Barbara and try to understand and grasp the perspective of skateboarders that rely on this place as their skateboarding sanctuary.

Skateboarding started gaining momentum during the 1960’s when it became more of a competitive sport. This generation of skateboarders took their boards to the streets and used city structures as their obstacles, and primarily their playground. They have envisioned the streets in a manner that no one else did, they envisioned how they could ride the city. These visions have gradually become the standards of how skateparks are built today. When skateboarding was new, there were few facilities where people could legally skateboard, and that’s why the streets and empty pools became the main source of skateboarding grounds. The sport itself has been growing so much faster than the growth of facilities,therefore there has been a continuous clash between skateboarders and the areas they live in.

“Skaters by their very nature are urban guerrillas: they make everyday use of the useless artifacts of the technological burden, and employ the handiwork of the government/corporate structure in thousand ways that the original architects could never dream of” – Craig Stecyk 1976.

As the interest of skateboarding increased , so did the amount of areas that typically forbid skateboarding. This factor has developed into a ever lasting debate of where skateboarders are allowed to practice their sport. Complaints of noise disturbance, and destruction of city structures contribute to the negativity. When skateboarders find a new staircase or downtown area that they enjoy skating on, it is only a matter of time before they get kicked out.When, for example, teenagers continuously are told that they are not allowed to do what they enjoy the most, they eventually stop caring about what people say and think, and this mindset/mentality has become part of the newer generations of skateboarders. That is why it is important for new facilities becoming available seeing how rapidly the sport is growing. 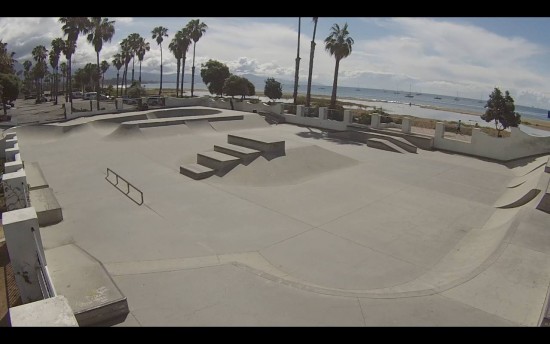 Located next to the beach, Skater’s Point is considered a second to for many Santa Barbara based individuals.

As of right now, Santa Barbara has one well-known skate park which is located right next to the pier in downtown Santa Barbara. “Skater’s Point” is the name of the 14,600 square foot skate park located in Cabrillo Boulevard, Santa Barbara. It was completed in August, 2000 and has since then been the largest meeting spot for skateboarders around the area despite several attempts to shut it down. Not only is it a playground, but in recent years there have been professionals who come to skate this park because of its well known reputation as fine constructed skate park. In 2013, the Thrasher Magazine Skateboarder of the Year 2012 named David Gonzalez came there to inspire and motivate the locals to appreciate their given skate park.

There is a relatively newly founded organization called the “Carpinteria Skateboard Foundation” that are attempting to provide Santa Barbara with a new skate park located in Carpinteria. Their mission is to replace the old hockey rink that has been rotting there for several years without anybody ever using it. They began their project in 2009 and have since then been focusing on reaching their goal of improving the skateboard atmosphere in Santa Barbara. The biggest issue when building a new skate park is persuading locals that what they are doing is only for the good of the area. Many people do not approve of such a project because of the prejudice interpretations they have of the skateboarding culture. 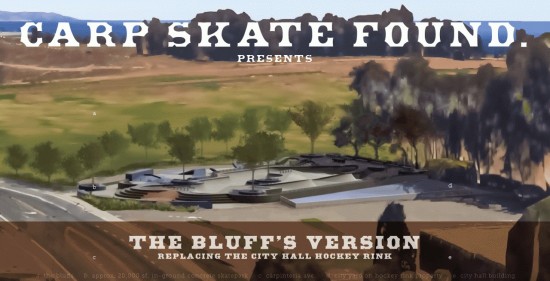 Carp. Skate Foundation’s message is simply that the completion of a local skate park will help younger children of the Carpinteria and Santa Barbara area to become part of a worldwide community that will open doors to opportunities and people that share the same common interest of skateboarding. Joshua Molina who is a writer for Santa Barbara NoozHawk joined a Carpinteria City Council meeting where he states that, “many parents who spoke said their children had to travel 11 miles to Santa Barbara to use the waterfront skate park near Sterns Wharf. Others talked about how skating changed their lives, and offered them the focus and purpose to stay out of trouble as youths”. 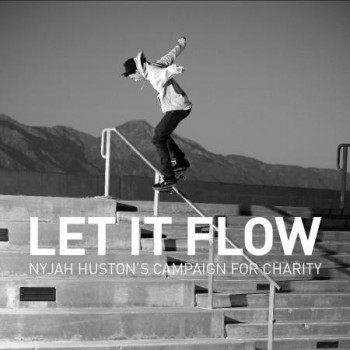 Examples of how skateboarding has changed in recent years can be seen from the efforts of two of (arguably) the best street skateboarders in the world. Twenty Five year old Ryan Sheckler who has been a sponsored professional skater since the age of seven, founded the Sheckler Foundation which donates money to “benefit and enrich the lives of children and injured action sports athletes”. Nyjah Houston is another highly ranked professional skateboarder and in 2012 he founded Let It Flow which is a charity organization that helps areas in desperate need of fresh water build sanitation systems to provide safe drinking water. They recently established their first sanitation system in Ethiopia in 2014. Non of these projects would have become a reality if it wasn’t for the fact that they are successful professionals within the areas of skateboarding.