Even though the 30th Santa Barbara Film Festival has just passed. It’s important to reflect on the events that took place. On January 31, 2015 the Writer’s and Producer’s Panel took place at Lobero Theater in downtown Santa Barbara.

With these panels, it showed the craft of screenwriting and the process of producing these movies for the big screen.

Why Do Movies Take So Long To Make?

As anyone would know writing an engaging script is difficult especially when there might be a deadline. Yet, a problem for screenwriters today is actually obtaining the rights of the people they admire or would like to write a script based on their lives.

This is exactly what happened with the movie The Theory Of Everything written by Anthony McCarten. This movie is about the relationship between the famous physicist, Stephan Hawking and his wife. It took eight years for this script to come together because Mrs. Hawking wasn’t easily persuaded to hand over the rights of the story to the producers and the Working Title Films production company. After eight years, she was finally able to trust the script and the people with the movie so that her husband and herself would be portrayed correctly and on her terms. It was definitely a delicate process and the writer Anthony McCarten explains it as:

“I need to be a stalker” – Anthony McCarten

This was definitely a strong statement but it was used in a comedic way. This just shows how desperate he needed to be so that Mrs. Hawking would give him a chance to be able to write the screenplay and then finally continue to make the movie.

How Do You Get Into the Process Of Writing A Script?

There were many different answers to this question from the writers. While some writers took it seriously others used this time to discuss how they write in a very funny way. Whiplash writer, Damien Chazelle discusses how he writes on a computer but also explains it as:

“a dance with you and the paper” – Damien Chazelle

While the writer from the movie Nightcrawler, Dan Gilroy was much more comical with his answer, stating that he uses a chisel and hammer when he develops his ideas. As the entire room laughed, he continued by saying:

“95% of screenwriting is sitting on couches, being in their PJ’s, doing nothing and then actually writing” – Dan Gilroy 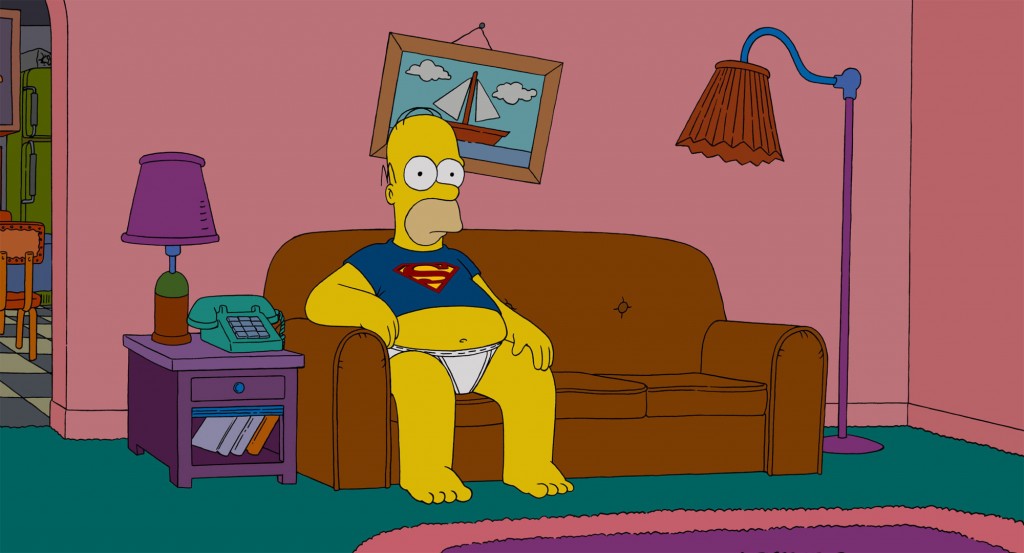 Screenwriters At Home- Regarding Gilroy’s Comment | Photo Courtesy of: The Simpsons | Fox Entertainment

What Was Your Challenge?

For the writer of Birdman, Alex Dinelaris discusses how filming this movie all in one shot was the biggest challenge for him as a writer. He describes it as:

“All of our mistakes are out there on the screen. There are none of course, but the film definitely captures the chaos and energy.” – Alex Dinelaris

I thought this was really interesting because of the fact that the writer even noticed the effort it takes from making a movie filmed all in one shot. There is a lot more chaos but it also shows the multiple details for planning and outlining the entire shot.

What Comes From Making Movies?

Unfortunately there are many consequences that arise from making movies, including materialistic things like, insufficient funds to the more important life-threatening events. For the movie, American Sniper written by Jason Hall, he describes the beginning of writing this project and how he felt about making the movie with regards to the book.  He stated that there was:

“this tremendous responsibility and this great burden”- Jason Hall

to show the heavy toll of war on the human psyche. Hall traveled to Texas in 2010 to meet Chris Kyle, the film’s real-life protagonist, who had left the military for about nine months. From the look in Kyle’s eyes to the way he fell on his knees to embrace his children, Hall immediately knew that this man had endured and suffered.

“It’s unnatural for humans to take a life,” explained Hall. “And so, in creating this movie, we sort of did things so that it becomes easier for them to create this character that could take a life. This is a movie about a soldier. This is a story about all soldiers in a way, exploring the archetype of the warrior and what the cost is to the soldier and what the cost is to his family.”

Watch the video below to hear everything he said about writing for this movie. 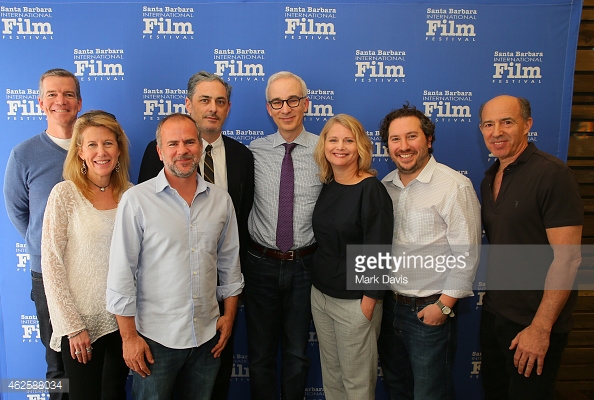 Producer’s from left to right: Robert Lorenz of ‘American Sniper,’ Lisa Bruce of ‘The Theory of Everything,’ Jeremy Dawson of ‘The Grand Budapest Hotel,’ John Lesher of ‘Birdman,’ moderator Glenn Whipp and producers Cathleen Sutherland of ‘Boyhood,’ Teddy Schwarzman of ‘The Imitation Game,’ Jon Kilik of ‘Foxcatcher,’

How Much Money Do These Movies Cost?

During the Producer’s Panel there was more discussion on the actual production of the movie instead of the art and imagination that goes into writing the story. The producer of Boyhood, Cathleen Sutherland discusses the many years this movie has taken to fully develop. It was especially interesting that the movie was titled ‘Untitled’ for 12 years. With only $32,000 a year as a budget, they had to think logically and think how to get the job done.

How Do They Make It Work?

During the production of Boyhood there were many situations where they had to make it work. While The Grand Budapest Hotel producer, Jeremy Dawson had to deal with 50 different filming locations. He explains it as:

“Timing is everything, producers have to get really good at timing” – Jeremy Dawson

There is a lot of creativity that goes into screenwriting and the actual filming of the movie. It was especially interesting though to see the behind some of the scenes and the different occurrences that arise when it comes to making a movie.

I hope that we all can acknowledge the artistry as well as respect the industry of film-making even more than before now. When we go to these panels and have these writers and producers discuss their ideas with Oscar nominated films it makes the viewer a lot more interested in seeing the actual movie. There were many different events and venues during the Santa Barbara Film Festival including the Virtuosos Awards ceremony.