Trending Now
You are at:Home»Features»Interviews»TrackR Bravo – A Must-Have for the Absent-Minded

An entrepreneurial spirit is sweeping across the American Riviera; one of the most recent additions to the Santa Barbarian entrepreneurial club is a company named TrackR. What started out in the swells of Pismo Beach has now turned into a million dollar company that recently raised $8.7 million in Series A funding.

Founded by two UC Santa Barbara graduates in 2009, TrackR has quickly gained market share. Co-founders Chris Herbert and Christian Smith met during their freshman year. Since there were not that many other surfing engineers, the two friends started doing surf trips. One day, they went up to Pismo Beach to catch some waves. 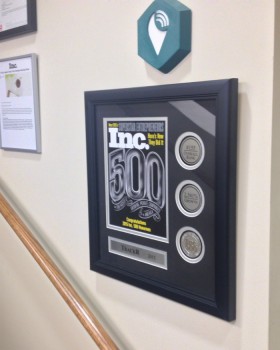 “I came back to the beach and I couldn’t find my keys. We were searching all over the place, the water was rising, and everyone was freaking out. Luckily, we found two people with metal detectors that helped us find it,” says CEO and co-founder Chris Herbert. “That got us thinking: ‘there has to be a solution.’”

Upon graduating UC Santa Barbara in 2009, they guys got started in their garage. Six years later they have a two-floor office space on West Carrillo Street, just steps away from State Street. In 2014, the company raised $1.7 million in an Indiegogo campaign and as if that was not enough, just weeks ago, TrackR was able bring in another $8.7 million in Series A funding.

“We are really happy to get great capital on board. We are looking to get more great people involved in the company and expand our retail distribution,” Herbert explains.

Along the way, several other companies have taken up the battle for market share among tracking devices. However, TrackR has been given the competitive advantage in head-to-head comparisons with its main competitor, Tile, in several well-renowned tech magazines. A heavy focus on user experience and exceptional technology are two reasons. Herbert explains why he thinks that is the case:

“We focus on the user experience and really three simple things: we designed the products so it fits in a man’s wallet, our device is the only one that does that. Also, it looks great and is durable,” says Chris. “We enable features that competitors do not such as two-way ringing so you can track your phone. Finally, it is our crowd-GPS network that enables you to recover items from anywhere, and we have the largest out there.”

Has entrepreneurs taken over nonprofit land?

Santa Barbara has jokingly been named the capital of nonprofit organizations, with the second-most nonprofits per capita in California, only trailing Marin County. However, a wind of change is sweeping across the American Riviera. Although not at all vanished, the philanthropic touch has been replaced by an entrepreneurial spirit that has electrified the city. In recent years, several successful companies based in Santa Barbara — specifically geared towards the marketing, sales, and tech industry — have been experiencing an amazing growth.

Are you looking for proof?

With increasing rent, overall high living expenses, and a population of mere 90,000, Santa Barbara does not sound like the optimal city to start a business in. History, however, suggests otherwise.

“You can start companies almost everywhere, as long as you can get the talent to move there. Looking back 30-40 years, no one would say that Cupertino is  a great place to start a company either,” Herbert claims. “The world’s largest company was born there.” 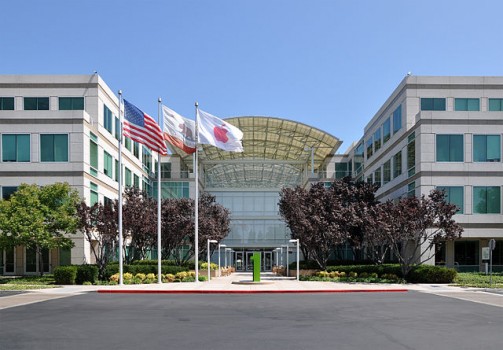 Apple was founded in Cupertino; a town with similar attributes of Santa Barbara, according to Herbert.

The company Herbert is referring to is Apple, a company that generated $74.6 billion in sales for the December quarter in 2014, more than Google generated for all of 2014. Herbert sees a lot of similarities between Cupertino at the time — a small town with 60,000 people wedged between Palo Alto and San José — and Santa Barbara today.

“They had a military base nearby, there were lots of government contractors funding the development, but also larger companies that you pull from and that create startups. We have all that and a dynamic university with a world-class engineering department,” Herbert states. “For being such a small town, already having two Venture Capitalists based here in tech alone shows that something great is going on in Santa Barbara.”

TrackR is living proof of that statement, being able to grow steadily over the past couple of years. Right now, they are working to further develop and complete an automated inventory management where people do not have to rely on memorization in order to keep track of their items. So the obvious question is: What’s next?

“We want to continue to grow here in Santa Barbara. I am excited about that talent that is here, but hopefully we are also going to be able to get people from outside.”