There has always been a lack of diversity in Hollywood since it’s inception but it seemed like things might actually start to change due to the controversy of this year’s Oscars, when all 20 acting nominations for the Academy Awards were white actors for the second year in a row. Producer and L.A. Film Festival chief Stephanie Allain puts it nicely by saying “Diversity does not just happen… you have to have the intention to make it happen. You have to talk about it. And then you have to walk the walk”. However now 6 months later it looks like Hollywood is still not walking the walk. 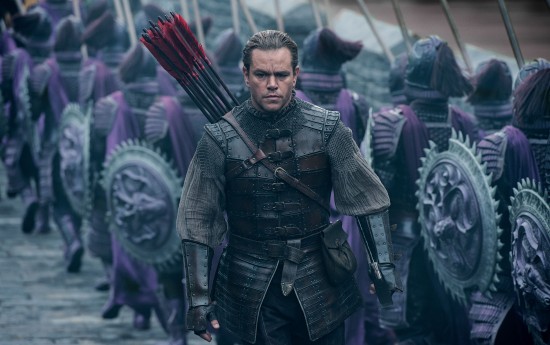 It has been announced that Matt Damon is playing the lead role in the film The Great Wall which is due to be released in February 2017. This film is about the mysteries and magical elements of The Great Wall of China and the director Yimou Zhang is a famous Chinese director with films like Hero and House of Flying Daggers under his belt. So why is this story being told through the eyes of a white guy? Zhang has responded to this criticism by saying that “Matt Damon is not playing a role that was originally conceived for a Chinese actor.The arrival of his character in our story is an important plot point. There are five major heroes in our story and he is one of them—the other four are all Chinese. The collective struggle and sacrifice of these heroes are the emotional heart of our film”.

Zhang labels the film as fantasy, not based on the true history of The Great Wall of China so this is why in theory they can cast Matt Damon as the male lead. However by using The Great Wall of China as the main subject they are taking it out of the fantasy realm and making implications to real Chinese history, which doesn’t make sense to use Matt Damon as the vessel to tell this story. 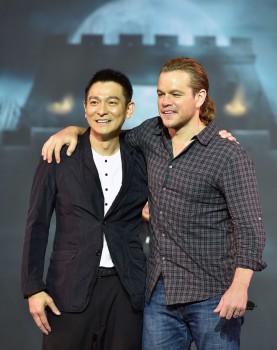 What Zhang doesn’t mention is that this will be his $135 million English language debut into mainstream Hollywood. It is the most expensive film to be shot entirely in China and it is being made by a Chinese owned Hollywood studio, Legendary Entertainment Group. This film could potentially dominate both the lucrative Chinese film market and the American film market. Which has been something both countries have been trying to achieve for some time. So it seems that the real casting choice may come down to money. By placing and international movie star like Matt Damon at the helm of the film they are counting on his millions of fans to come out and support it.

However I find this line of thinking insulting to the intelligence of us, the audience members. If the story is good and has merit why can’t it be portrayed in a more authentic way and use an actor of Chinese descent as the main lead. Putting Matt Damon as the main lead seems odd and forced. In the trailer the film looks like a white man coming into a foreign land and saving the indigenous people of that country.

This kind of storytelling feels very dated and boring and the only way the studios will change is if the money stops rolling in. This is an easy issue to fix, filmmakers and studios should be making a real effort to show honest portrayals of minorities and their stories in all films. As audience members we can boycott films that don’t do this. Maybe everyone is judging The Great Wall too harshly by just the trailer which is the only thing we can go off of at this moment. Maybe it will surprise everyone by being completely representative of the Chinese culture through the eyes of a white male lead but I doubt it. We all will just have to wait and see.