Trending Now
You are at:Home»Student Activism»Comprehensive Sexuality Education to Prevent Gender Based Violence

Denying people access to basic information about their health and bodies is unequivocally wrong. In turn, it is further supporting the beliefs and systems that uphold violence, oppression, and inequality. The current education system isn’t cutting it when it comes to producing informed, aware individuals. With the lack of representation of minorities in politics and power, as well as our culture continuing to promote the general acceptance of violence and harassment, we need to be implementing Comprehensive Sexuality Education.

Sex permeates almost every part of our society yet we are failing to teach students critical information needed in order to navigate through life successfully. We are not equipping youth with the tools and information they need to make informed decisions regarding their bodies and well-being. Supporting their ability to develop respectful and healthy social and sexual relationships is imperative for a forward-moving society. Subjects like math, writing, history, and science are taught with the intent to equip students with information deemed necessary in their development in becoming productive members of society. Yet we fail to teach basic information about sexual and reproductive health as well as other vital information needed to live a safe and healthy life. Just like most subjects taught in the American education system, comprehensive sexuality education is intended to be taught as a building block curriculum, where age-appropriate, medically, and scientifically accurate information is incorporated in phases throughout each grade level. 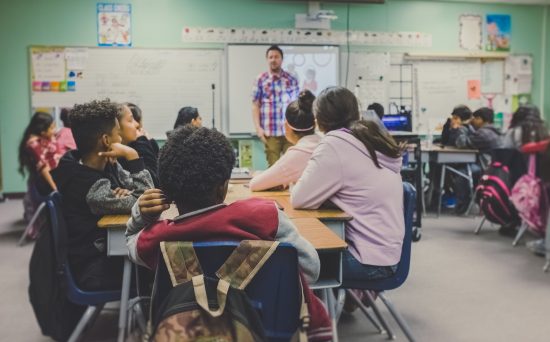 Photo by NeONBRAND on Unsplash

Despite opponents arguing that Comprehensive Sexuality Education (CSE) encourages early sexual behavior, leads to increased STI/HIV rates, and increased unintended pregnancies, there is no evidence to support these claims. There is no benefit from trying to shield kids from certain information. One way or another, kids are going to learn about sex, whether it’s from their peers, social media, or TV/film, and there is no guarantee that information is accurate. Lack of and misinformation is harmful and will continue to perpetuate serious issues in our society. CSE has successfully been shown to do the exact opposite, essentially accomplishing what abstinence-only education aims to do yet consistently fails to achieve. When in fact CSE results in delayed sexual initiation, fewer sexual partners, reduced frequency of sex, and increased use of contraceptives. Furthermore, sexuality education isn’t all about sex. Topics like consent, though important in sexual encounters, are also essential for understanding boundaries and respect both towards others and ourselves.

When looking at preventing any number of issues whether it be an aspect of gender-based violence such as intimate partner/non-partner violence or sexual harassment, or other problems such as STI/HIV rates, teen pregnancy, or even lowering abortion rates, prevention and change starts with education, specifically Comprehensive Sexuality Education. The World Health Organization  states, “Gender inequality and norms on the acceptability of violence against women are a root cause of violence against women.” Supporting this notion  the United Nations states “comprehensive sex education is a key to gender equality.” 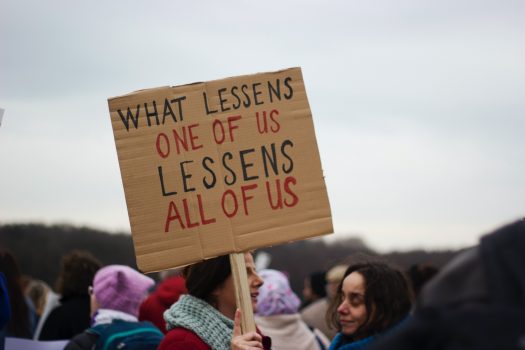 Photo by Micheile Henderson on Unsplash

Labeled both a public health crisis and a human rights crisis, gender-based violence is widespread throughout the world, due in large part to gender inequality and further perpetuated by factors such as lack of justice and support from law enforcement, lack of economic resources, and lack of representation in politics and in power. “Gender-based violence (GBV) is violence that is directed at an individual based on his or her biological sex OR gender identity.”

“GBV can impact anyone regardless of their geographical location, socio-economic background, race, religion, sexuality, or gender identity. While women and girls are the most at risk and the most affected by gender-based violence, boys, men, and sexual and gender minorities also experience gender-based violence. GBV can have serious physical, mental, economic, and social repercussions.”

Gender-based violence disproportionately affects women in low-income, poverty-stricken situations as well as Black women, Indigenous women, and Women of Color, and members of the LBGTQ+ community. This is not to say that men are not victims of gender-based violence but they are affected at much lower rates. Gender-based violence can present itself in many forms including sexual, physical, and emotional abuse. Other behaviors can include social isolation, coercion, intimidation, and others methods of control via such things as money (also referred to as financial abuse). Abuse doesn’t have to be physical to be damaging, it often has other long-term implications such as lowered self-esteem and well-being, mental health issues such as depression, anxiety, and PTSD, eating disorders, substance abuse, and suicide attempts. 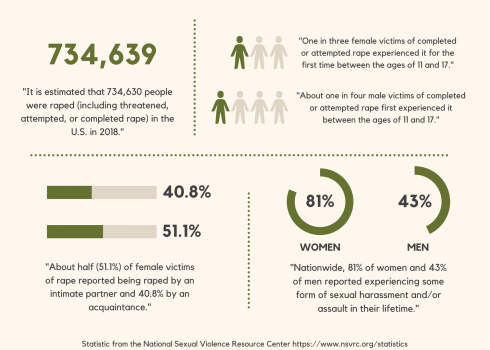 1 in 3 women worldwide over the age of 15 has experienced intimate partner violence or sexual violence by a non-partner, at least once in their life. I am 1 in 3 women, as are many of my friends. It is exhausting to be expected to bear the burden of society’s failures, especially when so many of the systems in place meant to protect us, continue to fail so many people. For the narrative to continuously focus on what women can be doing to prevent getting assaulted, raped, or even murdered is outrageous and are not responsibilities any individual should have to bear. While creating and maintaining resources for survivors of GBV is greatly important, it isn’t enough, it doesn’t fix the problem. Preventing the violence and abuse in the first place also prevents the long-term trauma and economic, social, physical, and mental implications that victims endure.

We need to be taking action to change society as a whole and that starts with education. While widespread implementation of comprehensive sexuality education is not going to eradicate gender-based violence, it would be a huge step towards dismantling it. Bodily autonomy is a human right and that includes being awarded the critical information required to protect and understand our bodies and rights. A huge part of this education includes teaching empathy and respect to children, which is intended to stay with them throughout their lives. Not only will it help them in future social and sexual relationships, but it may also help in creating safer spaces for all gender identities, sexual identities, religions, cultures, races, and ethnicities.