Trending Now
You are at:Home»Student Activism»Hiding in Plain Sight: The Stigma Around Borderline Personality Disorder

When most people think of Borderline Personality Disorder (BPD) they might think of the movie Girl, Interrupted starring Winona Ryder. Ryder plays the part of an 18-year-old who is in a mental hospital after attempting suicide. The National Alliance on Mental Illness (NAMI) states that there are an estimated 18 million people in the United States with Borderline Personality Disorder. Hal Straus and Jerold Jay Kreisman, authors of I Hate You-Don’t Leave Me, write that many mental health professionals see BPD as the most difficult mental illness to treat, and avoid taking them on as clients. The stigma and lack of help for people with this disorder is a significant issue in the mental health community.

As a college student with BPD, I attended Santa Barbara City College for about ten years until I came to Antioch University Santa Barbara. Currently, in my last quarter of the Bachelor’s program, I was accepted into the Master’s program to study Clinical Psychology.  I have dealt with BPD stigma from psychiatrists, case managers, psychiatric nurses, emergency mental health team members, and more. In a decade of living with the diagnosis, I was only able to get help for BPD symptoms once. 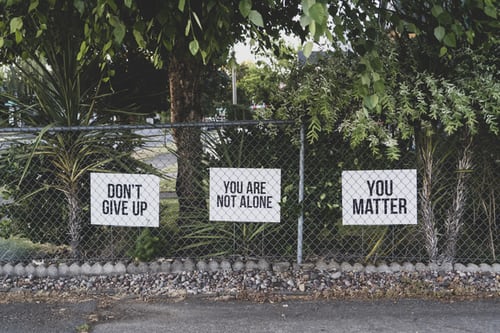 While this lack of treatment is common, there are different types of therapies that have proven to be helpful for people with BPD. The therapies include, but are not limited to Cognitive Behavioral Therapy (CBT), Dialectical Behavioral Therapy (DBT), Systems Training for Emotional Predictability and Problem Solving (STEPPS), Schema Focused Therapy (SFT), Mentalization Based Therapy (MBT), and Transference Focused Psychotherapy (TFP).

Unfortunately, none of my doctors or case managers had ever mentioned any types of treatments, other than medication, that could help me. One of the significant problems is if you have Medi-Cal you are only eligible for CBT or DBT therapy if you are Dual Diagnosis. Dual Diagnosis means that you have a mental health disorder(s), and alcohol, and, or drug addiction. If you are not a dual diagnosis client, your insurance will not pay for you to be in any program that offers these therapies. You will pay out of pocket, or you will suffer from no treatment.

Sanctuary Centers of Santa Barbara are one of the few organizations that offer DBT and CBT through insurance. Again, if you are not a dual diagnosis, the monthly flat fee package rate is anywhere from $1,400 (quarter-day program) to $5,000 (full-day program).

One of the symptoms of BPD is impulsivity; substance abuse can be one part of that. Not everyone with BPD has drug and alcohol problems, but it is still a misconception. To receive support, I had to say I had a drinking problem so that my insurance would pay for my treatment. And while I did have issues with drinking, it was more of a coping mechanism than an addiction. While I was at the program, I had to go through drug testing, where my counselor, would have to watch me urinate in a cup.

According to Straus and Kreisman, 20% of in-house psychiatric patients have BPD. While as many as 70% of people with BPD attempt suicide, and a rate of 10% completed the suicide attempt. This is a thousand times the rate of the general population. There is still a lack of care and services available to people with BPD.

Once you are committed to a hospital for a certain amount of times, the mental health professionals can admit someone into a psychiatric hospital for a longer-term—or up to a year, or more. From personal experience, these hospitals aren’t equipped to help people with BPD. If the staff at any of these hospitals lack BPD education, then it can cause problems between staff and patients.

Two of the criteria that can lead to issues in a hospital is “unstable and intense interpersonal relationships” and “inappropriate, intense anger and difficulty controlling anger.” If a patient has never been able to work through there instability and anger, the staff can take this personally and treat the patient in a way that can cause issues in their treatment process.

I didn’t know about how BPD manifests until I bought myself several books on the subject. I had also purchased some memoirs written by people diagnosed with BPD. I saw a lot of myself in the authors of these memoirs. I was able to learn what behaviors I had, or how I would twist what someone said without even knowing I was doing that. After I learned more about BPD and myself, I was able to find the help I need. I am not the same person I was ten years ago. 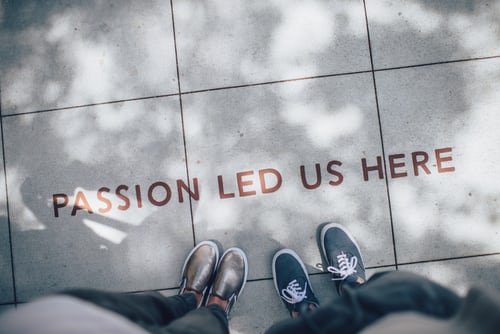 If an estimated 18 million people have BPD, that means an estimated 9 million people will be the statistic of being in and out of hospitals for the rest of their lives. It doesn’t have to be that way. We can all stand up to stigma by talking and hearing someone’s BPD life story. Our identities do not have to be defined by our mental health disorder. There is a need for more awareness and education in our communities. We need to advocate for more resources to go into the mental health system. Bringing awareness and education to BPD is a critical social justice issue. I encourage anyone who may know someone with BPD to speak up about the lack of support and resources. If anyone hears stigmatizing speech from someone, speak up and let them know that it isn’t okay. We can help stop the stigma by informing others of the lack of attention BPD has received. Help make a difference by sharing this unjust problem in our society.

Nicole Romero is finishing her Bachelors degree at Antioch Santa Barbara. She will be starting the Master’s program in Clinical Psychology this Fall 2019 at Antioch. She was born and raised in Old Town Goleta, where she still resides with her family. This is her first time writing an article and having it published online. Her experience with writing comes from taking creative writing at Santa Barbara City College. She has experience in play writing, non-fiction, and poetry. At SBCC she had one of her poems chosen to be presented in a student art exhibition called Untold Stories, in April 2017. She hopes to move to Northern California after graduating to start her career and one day start a family.