Wednesday, May 20th 2015. This day will be remembered as the end of a televisual era, the last appearance of an iconic figure and its memorable show. “The Late Show”, presented by David Letterman, was broadcasted for the last time at 11:35 Estern Time. 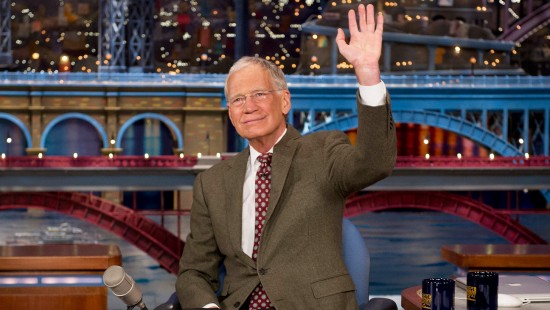 This CBS program started 22 years ago, in 1993. At the time Letterman was the permanent co-host of the “Tonight Show” on NBC. After loosing a “public war” with Jay Leno, to become the main host while many thought he was the heir apparent to the retired Johnny Carson, he decided to sign a contract with a concurrent TV channel. It cost CBS around $140 millions to acquire the show, paying rights to NBC, hiring Letterman, writers, announcer, and purchasing the Ed Sullivan Theater in New York.  The Late Show was an American late-night television talk and variety show, which welcomed many celebrities from all horizons, presidents, actors, and other stars from the entertainment business.

This last episode opened with three former presidents, and President Obama via videotape, saying “Our long national nightmare is over”. Some other guests were Hollywood stars Tina Fey and Steve Martin, the comedians Chris Rock and Jerry Seinfield, while the band Foo Fighters closed out the show performing one of the host’s favorite songs “Everlong”. Letterman’s wife and son were in the audience. He called this show the most important of his life. A 22 years old program out of a 33 years old TV career. In his last monologue he said, “I’ll be honest with you, its looking like I wont be getting The Tonight Show”, leaving with a funny note a sore point of his career. 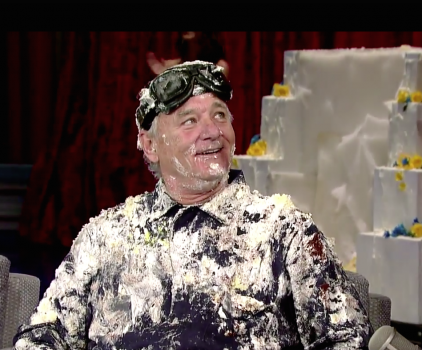 Bill Murray pops out of a cake and drink vodka with Letterman, 2015

Others from the late-night’s world, like Conan O’Brien and Jimmy Kimmel asked their audience to record their show then switch channel to watch Letterman. Counting his job at NBC and CBS, this was his 6028 show. This last broadcast marked the end of an historic week, which saw some of Letterman’s most beloved guests return. Tom Hanks, Eddie Vedder (Pearl Jam’s front man), or Bill Murray, his first ever guest, popping out of a giant cake. They even made one of his famous top 10 list, “The final things I’d like to say to David Letterman”. Even CBS Corporation CEO Leslie Moonves came on stage to thank the legend.

”He changed television forever”, “there will never be anyone like him, we are throwing out our TVs”, said Eric and Justin Stangel, his former head writers. 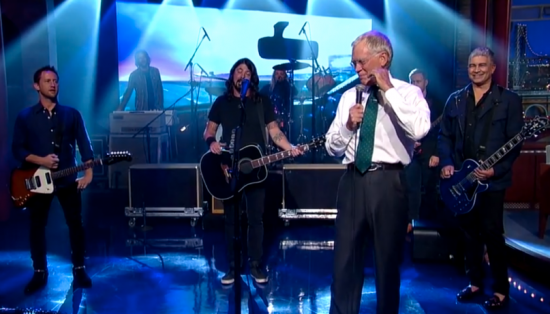 Letterman wished good luck to Stephen Coldbert, who was designated to be the new host of The Late Show. He said “I wish Stephen and his staff and crew, nothing but the greatest success”. However, Worldwide Pants.,the production company Letterman founded in 1991, wont produce the show. The future of the company is uncertain so far, the CEO Rob Burnett indicated he was probably going to focus on his own creative projects. Worldwide Pants was a major force in production, beside The Late Show and The Late Late Show, they produced in 2004 the NBC program “Ed”, the HBO Foo Fighters doc “Sonic Highways”, and the sitcom mega hit “Everybody Loves Raymond”. The company has been headquartered at the Ed Sullivan Theater building, where The Late Show was produced and filmed for 22 years. The company might take new directions in a close future, as for Letterman, when people ask him what he is going to do next, he answers with irony, “You know what I’m going to do now that I’m retired? I hope to become the new face of scientology”. Not even his producers know what he wants, they say Letterman himself doesn’t know either.

“I will be completely in the hands of my family” confession from David Letterman to the New York Times, the morning after his last finale has aired. 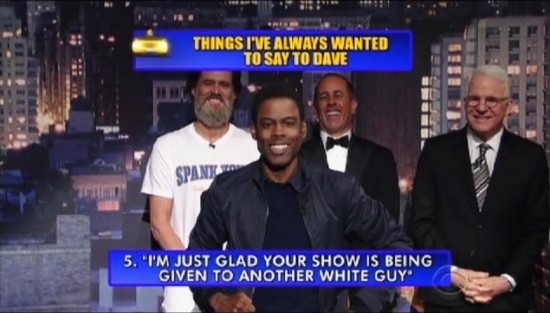 The last broadcast of The Late Show with David Letterman, drew 13,76 millions viewer, which is the show’s largest audience since 1994 (post Olympics episode).

Here are other videos you want to watch! Highlights of the finale.