Trending Now
You are at:Home»Current News»Community»FIRE…Montecito in Flames!

The attack on our local Montecito fire continues as multiple agencies rally to put-out the flames and save homes.

According to Noozhawk, as of 11am, today, 60-70 acres have burned off of East Camino Cielo & Gibraltar Road. There was still zero containment of the fire, but the flames had slowed and were heading in a non-threatening direction. Relieving news, given the fire had come 8-10 miles close to residential area.

With winds in the area breaking 15 mph, Captain David Zaniboni stated, “On any other day, without the predicted winds, we’d feel really good about this.”

A total of 6 air tankers and four water-dropping helicopters are aiding in the attack. An additional 10 tankers are available if needed. Also, 35 engines, three bulldozers and multiple hand crews are assisting in preserving our mountain communities. 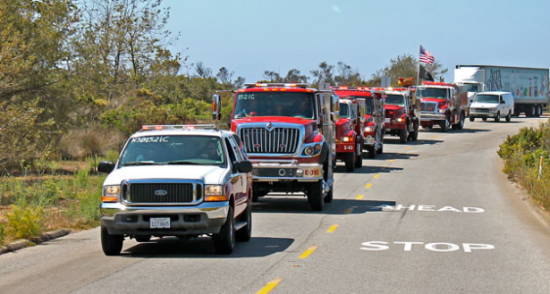 Strike team setting out to stop the flames above Montecito.

Approximately 4,500 people have been affected by the evacuation warning issued by the Santa Barbara County Fire Department. East Camino Cielo is closed between Painted Cave Road and Gibraltar Road, and West Mountain Drive to Gibraltar Road.

Cold Springs School and Montecito Union School have both been closed. All Santa Barbara School District sites remain open. Westmont College is within the evacuation zone, but held class as normal as of 11:30. 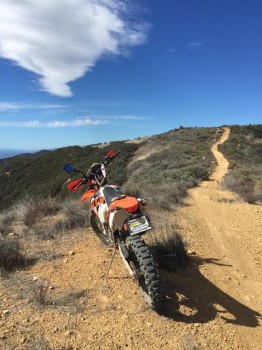 View from the top of Gibraltar, less than 24 hours ago. Photo taken from a local Antioch student, Travis.

The last fire to affect this area was the Tea Fire, in November 2008. Damages tolled over 200 homes and charring more than 1,900 acres in the cities of Santa Barbara and Montecito. Costs of the fire totaled $5.7 million.