Trending Now
You are at:Home»Features»Juvenile Solitary Confinement: Alternatives to Isolation

There can be no keener revelation of a society’s soul than the way in which it treats its children. -Nelson Mandela

Freedom4Youth presented a panel discussion on, “Alternatives to Isolation.” 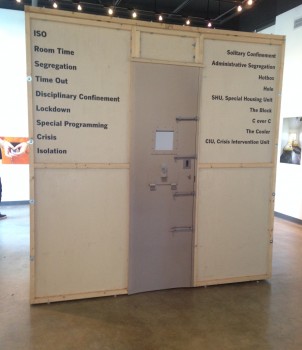 Isolated: An exhibition about solitary confinement by Richard Ross.

According to UCSB professor Richard Ross, the average cost is $80,000 per year to lock up a child and on any night in the U.S., there about 60,500 youth confined in juvenile correctional facilities. In total, the U.S. spends more than $5 billion annually on youth detention. Other major concerns in consideration to solitary   confinement, according to Jess Bravin from The Wall Street Journal:

1. The Association of State Correctional Administrators says that it is cruel and damaging to prisoners’ mental health.

2.For better or for worse, the old idea of the Philadelphia system was about contemplation. The new isolation that came into being in the 1980s didn’t suggest for a moment it was doing something rehabilitative for people.

3.For inmates with mental illness or emotional disorders, such isolation only exacerbates their problems, making them a greater safety risk when eventually released. 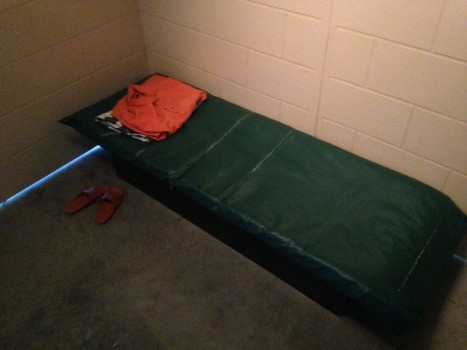 The previous points were expanded and discussed by the panelists at Santa Barbara City College. Dr. Glen Miller and Mark Saatjin insights of how people’s character are still not formed as an adult. Dr. Glenn Miller shed light on the biological makeup of young adults and the more difficulty in the ability to make sense of life through the prefrontal cortex of the brain of until the late 20s of adulthood.

Tara Haaland-Ford stated that isolation in the juvenile system is killing the youth’s potential for change. Dr. Glenn Miller, Tara Halland Ford, and Mark Saatijian make significant points that points that isolation of the youth in the justice system  suffer emotional, mental, psychological traumas that kill the ability for that youth to grow. Which leads me to question the realness and severity of the liberty and freedoms of America- who gets to have a second chance?

Manny Raya offered perspective on finding solutions that involves taking inventory of the overall objective of the juvenile justice system, and the relationship between the child and the law. Manny stressed the need to reexamine basic principles, and once reaffirmed-revise and replace what is necessary in the safety for the juvenile in the system and the community. He also inquired if the practices of solitary confinement in the juvenile system is rehabilitative, or if the kids are being thrown into a system of displacement from society and their communities. 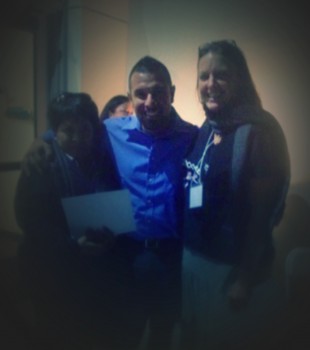 Manny Raya and Kristianne Clifford participate in Freedom4Youth’s panel. Manny Raya in the middle, with his mother on left side and Krsitanne on the right.

The discussion of isolation in the juvenile justice system invites ideas of social equality. Melissa Jun Rowely from the Huffington Post writes:

Social equality has the greatest chances at being achieved when all sectors at the corporate, government and grass roots level work together. That’s a lot of ecosystems with different geopolitical agendas to fit under one Utopian umbrella. So what’s the solution? Corporate social responsibility? 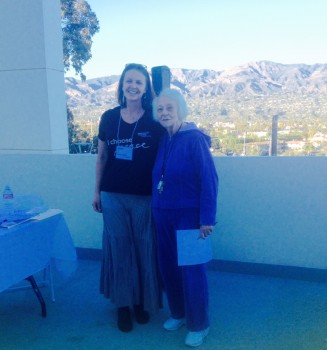 Kristianne Clifford (left); at the Alternatives to Isolation panel with Freedom to Choose Foundation non-profit board member, Angela Bell.

Kristianne Clifford helped moderate the panel, and stated: “I appreciate the conversation about isolation for incarcerated youth. Social justice isn’t about pointing the finger and saying something is, ‘bad,’ or the system is broken. It’s about looking at what is working and what isn’t working, and looking at what is and expanding on that. It’s about social responsibility, and seeing what our part is.”