What’s your favorite beer? Jokingly, “the next one,” says James Burge, the brains and driving force behind Santa Barbara’s Pure Order Brewing Company. I sat down to find out what it takes to run a successful brewery in a small beachside town.

They say one career leads to the next, construction worker turned brewer James Burge first discovered his passion at just sixteen years old, experimenting with a homebrew kit that was originally a Christmas present for his father. The rest is what we call history. Located in downtown Santa Barbara at 410 N. Quarantina St., Pure Order is the go-to spot for locals interested in some great craft beer. Situated in a 2000 square foot warehouse, the initial impression screams that, “it is all about the beer” no walls separate you from the three 30-barrel fermenters, the 10 beers on tap set up and not to mention the 200 plant hop yard in the midst of the tasting garden. It is absolutely impossible not to become immersed in the creative processes that take place in making the brewery’s tasty brews.

“You know what you’re getting in your glass”- James Burge 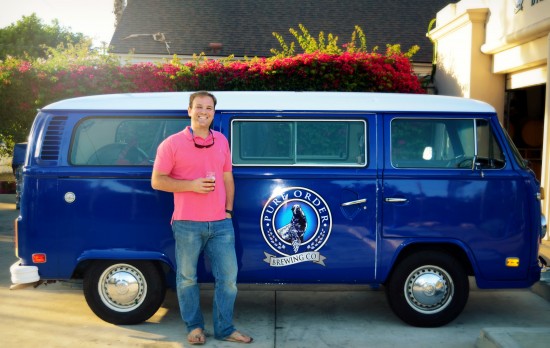 So what makes Pure Order stand out amongst the crowd? The beer of course! Only four ingredients are used in the production of Pure Order’s unique variety of beers; hence the Reinheltsgebot meaning the, “purity order”, an ancient law limiting the amount of ingredients allowed in beer. As a Brew-master, James takes pride in this challenge. By only using the four ingredients, malt, hops, yeast and water as opposed to countless others, it’s safe to say “overplayed” flavor combinations aren’t in the cards; good quality traditional beer is what he believes sets Pure Order apart.

Getting down to business, we discussed sustainability practices, and how water conservation is of high importance at the Pure Order facility. Acknowledging that beer is over 95% water, it is a “precious resource” that is used at least twice in recycling efforts before going down the drain. As for the ratio of water to beer used in the process of brewing, James notes that their usage is close to 3-5 gallons of water per one gallon of beer, which is relatively low compared to other breweries that use 7-10 gallons of water. Glancing over at the 78 Volkswagen bug parked out front, James points out that the van is their main source of transportation and that on the brightside, “it is probably more eco-friendly than a Prius being that it is, you know forty years old.” 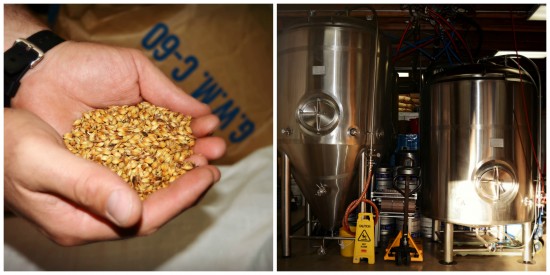 Having already established a popular locals spot, what does the future look like for Pure Order Brew CO.? At the moment operating as a 15-barrel brew house James says the “projected capacity is 2500 barrels a year”, with the potential of doubling that. While currently only distributing in California, you can find Pure Order’s beer in coastal towns ranging from San Luis Obispo down to the southernmost point in California. However the company is looking to expand eastward to the borders of Nevada and Arizona in the near future. For now Santa Barbara is the place to be. 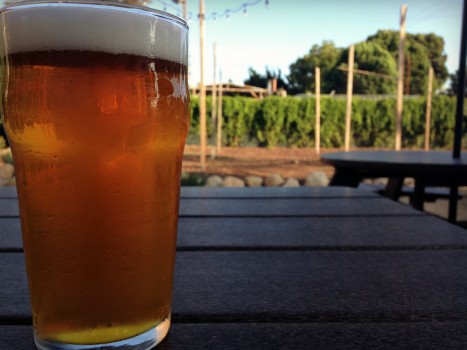 Are you dreaming of working in or opening your own brewery yet? James gave me the ins and outs of being a Brewmaster and what it takes to operate a successful brewery. As an employee you’re in luck, no special certifications are required but key qualities include being a problem solver and quick on your feet. As James says, “there are a lot of problems that come up working in a brewery and you have to be able to solve them on your own.” Opening the brewery, he didn’t anticipate the many roles outside of just brewing beer, “I wear a lot of hats; you have to be the plumber, the electrician, the accountant, the marketer and the strategist.” There’s a lot to factor in, in the daily life of a brewery owner, but in the end as James says, “it’s all about the liquid and making sure it tastes as good as it can.”

While James admires other classic breweries such as Sierra Nevada, Deschutes and Odell’s, it is the laid back family vibe and the dedication of making great quality beer that makes Pure Order the successful brewery that they are today.

Be sure to check out Pure Order Brew Co. to find out what’s brewing, open Thursday through Sunday before 7pm!