Trending Now
You are at:Home»Features»SB Local»Street Culture: An Emerging Underdog

What is street culture?

It is very common that urban and youth culture lump into the concept of “street culture” as an intersecting component. 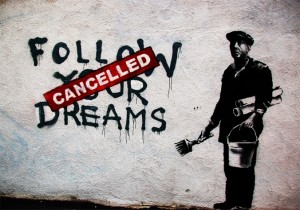 When talking about street culture, things like urbanization and urban culture comes to mind: fast pace, limited space, multicultural dynamics in the developed world as well as multi-class dynamics on a global scale. Street culture usually generates a strong sense of identity through different aspects such art, music, fashion, etc.

It portrays a rebellious spirit including conflicts of economics versus tradition in the developing emerging third world. Christian Segastume, founder of the local retail store Wolf’s Head, says “A lot of people here just haven’t been truly exposed to street and urban culture. You know how the streets are, they’re always going to try to open it up. Like it or not, it’s going against the grain.”

Then there is the aspect of celebration of community, creativity, independence, and accomplishment.

The definition of street culture is very vague. It organically is broken down into different subcultures. Everybody has their own platform to portray street culture; some express it through arts, music, graffiti, or other innovations. The common ground is that they share the same values: originality, creativity, diversity, and flexibility.

Individuals affiliated with street culture are all trying to make a statement, a print, or stamp saying, “I was here, and this is what I accomplished.”

It might sound a little cheesy, but street culture evolves around who you are and how you express yourself.

Recent studies show that street culture is moving up in the world. Highsnobiety, an online publication site, as well as Business of Fashion and New York Times, indicate that the street fashion industry has the potential of taking office space in the dominantly corporate world. In the past years, street culture has been localized in niche markets, but recently, people have started to collaborate with other street artists.

Segastume stated, “Hip Hop and fashion always stay close together, it always been close together. It’s just one phone call away and we can have an artist hosting an event at our store.”

People coming together, setting a new standard for street culture, has really made it more creditable and respectable. 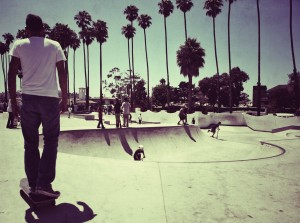 Segastume gave his input saying, “We grew up on the east side of Santa Barbara, it’s not the most dangerous place, but it’s definitely out of the streets. Street culture is huge, there’s graffiti, hip hop, all of that fits in to what we’re doing now.”

People are stepping forward, trying to be independent, and starting their own businesses to work towards integrating street culture. Including the two new street wear stores that opened up in Santa Barbara – Instant Klasick and Wolf’s Head. Santa Barbara has really taken steps towards street culture, and hopefully will it continue to blossom.