Trending Now
You are at:Home»Lifestyle»Health»Code Blue

It is likely surprising for readers to imagine that in America, a wealthy and so-called developed nation, mortality rates for some women may resemble those of developing countries. However, through an analysis of historical records and modern statistics, it is apparent that racial healthcare bias has been an issue in the United States for over 200 years.

Maternity care deserts refer to areas where access to maternal healthcare is limited or nonexistent. Although maternity deserts affect many women, it is undeniably an issue that disproportionately affects Black women and families. The current maternity desert healthcare crisis is an example of the continued failure on the American government’s part to promote racial progress and equality.

Modern-day obstetrics and gynecological procedures are often credited to Dr. J. Marion Sims. Recently, Sims has garnered much attention regarding the debate of medical ethics associated with his experimentation on several enslaved women in Montgomery Alabama circa 1845. Sims was known to operate on Black women without anesthesia in an attempt to cure a pregnancy complication known as a fistula, which typically presented in lack of bladder control and varying, often excruciating, degrees of pain.

At the time, there was widespread belief in the medical field and general society that Black individuals were devoid of the ability to experience pain. Some argue that Sims’ choice not to anesthetize his patients was due to the unavailability of pain control methodology. Considering anesthetics were discovered in 1846, there is reason to question his motivation in declining to use them in the series of experiments leading to his first successful fistula repair surgery upon a Black woman in 1849. Sims was entirely willing to provide anesthetics for white women when he relocated his practice to New York in 1855, only a decade after perfecting his technique on enslaved women in Montgomery.

Furthermore, Sims claims in his medical journals that consent was obtained from the Black women upon whom he experimented. However, he was employed by plantation owners as a physician to the persons they enslaved. Arguably, his only job was to ensure that their “investments” were kept fit to work and reproduce. Black persons at this time were scarcely considered human, let alone given legal capabilities to provide consent. Any woman referred to Sims for a procedure would likely have been coerced through the knowledge that refusal would mean death. 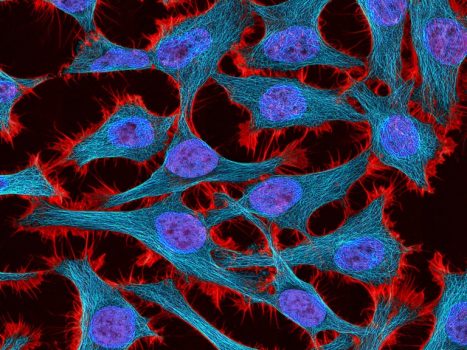 Medical treatment bias continued after the abolition of slavery in 1865. Perhaps one of the most disturbing examples of such can be found in the Tuskegee Syphilis experiments circa 1932, whereby a group of 600 Black men were involved in an unethical medical research project in Macron, Alabama. The US. Public Health Services denied treatment to the infected individuals for the sake of “research.” Subjects were observed until the end stages of the disease — including psychosis, blindness, and death. The cell harvesting of Henrietta Lacks in 1951 without her consent is another example of the unethical manipulation of Black bodies within the American healthcare system. Samples were taken from Henrietta without her knowledge while she lay on her deathbed from aggressive cervical cancer. Henrietta’s cells have long outlived her and have led to a series of medical breakthroughs while she rests in relative anonymity. The Civil Rights Act of 1964 did not sway the bias and inequality of the system either. The Tuskegee experiment remained active until 1972 when a whistleblower leaked the atrocities taking place to the Associated Press. By then the experiment was responsible for the deaths of over 100 individuals, as well as the infection of at least 40 spouses and 19 children through childbirth. The lack of ethical regard for African American populations is seemingly an American tradition.

Today, appalling healthcare disparities within the Black community remain. It is estimated that 11.5% of adults are without health insurance, are often misdiagnosed, treated inadequately, or refused treatment at all.

Black or biracial women account for less than 7% of the total US population, however, they represent 40% of maternal deaths, and 2 out of 3 deaths are later determined to have been preventable. Most concerning is the realization that mortality rates for white women are much lower, suggesting that access to maternal healthcare in the United States is an issue that can be successfully addressed and prevented. Interestingly, despite America’s reputation as a wealthy nation or the “land of the free” healthcare access is determined in large part by a woman’s race. 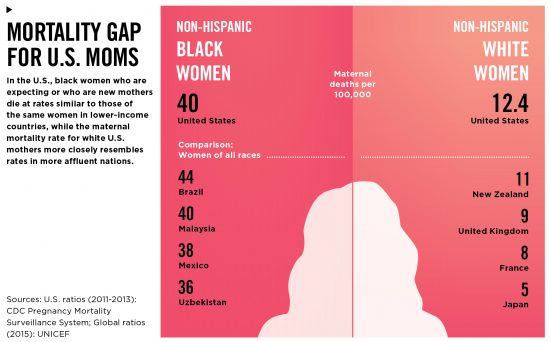 Code blue is the call that sounds when a patient is in respiratory or cardiac arrest crisis in the hospital. Code blue is what they call out when they whisk a woman’s child away while she is hemorrhaging in stirrups.

How many times will we call, “I can’t breathe,” before we are heard?

No moral or chronologically based rationalization can diminish the gravity of the issue. Mothers in America are being allowed to die unnecessarily. Black mothers in America die 3 times more frequently than their sisters of other colors, 60 percent or more of yearly maternal deaths are preventable. Recently, bipartisan initiatives have resulted in legislation passed by the Senate in 2018 to address maternity deserts and resulting high maternal mortality rates. Medical institutional racism is not a “product of the time,”  it is ongoing, it is abhorrent, and it will not be brushed aside.

We will not be silenced.

The United States Constitution is arguably the most important document in American history. The Executive, Legislative, and Judiciary branches of government are sworn to uphold its decrees and establish the expectations of all aspects of life for citizens. Most relevant of all are the guarantees of life and liberty and yet, such concepts have been under assault by the very individuals sworn to uphold them for years. Liberty and justice are unattainable when healthcare is not determined to be a public priority based on gender, race, or any other discriminatory factor.

The Preventing Maternal Deaths Act provides much-needed funding for increased research. Further information is always an asset, however, the evidence is clear that such funding would be well spent on eradicating maternity deserts to ensure accessible treatment opportunities for women across the Nation. It is a step in the right direction, but make no mistake, it is not progress — not at the scale necessary to change histories of hate that taint the American systems.

The time to act is now.

Locally, California is a  primary example of a state taking the initiative to combat medical racial disparity. Since 2006, maternal mortality rates in California have decreased by more than half. With the exception of several counties near Shasta and Imperial respectively, material healthcare access is easily attainable. The state has also made great strides towards policy reforms that emphasize and prioritize equal and competent healthcare access for mothers and infants. California’s initiatives serve as an integral step toward the achievement of women’s autonomy across racial lines.

Land of the free, for some. Home of brave hearts.

It is time for liberty and justice for all.

Amber Lea Greene has a longstanding passion for community involvement. Since moving to the Central Coast in 2010, she has been an active participant in our community, volunteering and advocating for our most vulnerable populations. Amber holds degrees in Communications as well as Social and Behavioral Sciences from Santa Barbara City College. Currently, she is pursuing a BA in the Clinical Psychology pathway from Antioch University. In her free time, Amber enjoys spending time with her family immersed in nature.