Trending Now
You are at:Home»Media»Photography»Quidditch: A Co-ed, Full Contact Sport

It’s Not Just For Harry Potter

You mean that Harry Potter thing? Well, yes and no. In the Harry Potter series, players fly around on magical broomsticks with enchanted balls. However, as a Boise State Abraxans‘ quidditch shirt says, “We Don’t Fly. We Play Quidditch.” 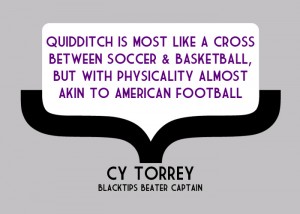 “I forget that this sport is Harry Potter affiliated, sometimes. It has morphed into its own identity,”said Kelsey Allen, Santa Barbara Blacktips coach and co-captain. The rules and game play were inspired by Harry Potter quidditch but the similarities end there as many players and teams have little interest in the franchise.

“Quidditch is most like a cross between soccer and basketball, but with physicality almost akin to American football. It also has elements from dodgeball and flag football, but it’s truly its own sport,” Cy Torrey explained, Blacktips’ beater captain.

The attraction that quidditch has is it’s a co-ed, full contact sport with community, high school, and university teams. There are over 150 registered teams part of USQuidditch (USQ) and about 300 registered worldwide in the International Quidditch Association (IQA), plus countless more unregistered teams.

Teams range from casual play to a pre-professional level – if there was a professional quidditch league. “An interesting part of quidditch is the extreme variation in competitive level. Although the majority of teams are at the same level as other college sports in their competitiveness, some teams are much more drawn to the community and recreational aspect of the sport,” Kym Couch, coach of the Boise State Abraxans and Northwestern Regional Director of USQuidditch. 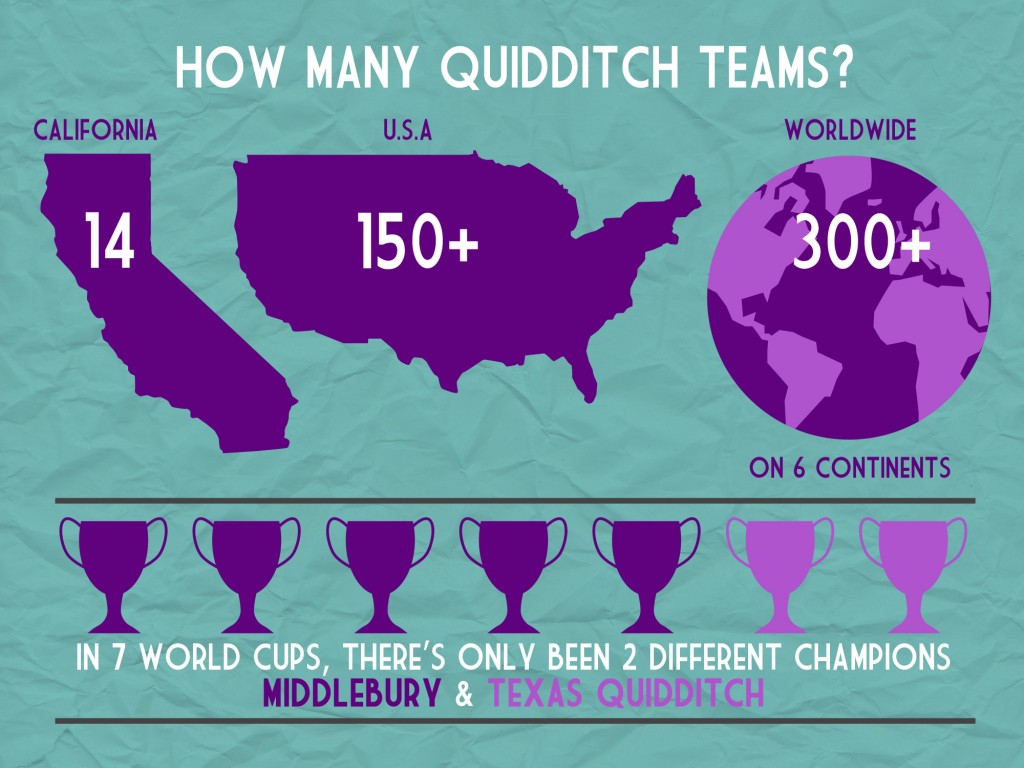 How Many Quidditch Teams?

In October, I had the opportunity to travel with the Santa Barbara Blacktips to photograph and film a joint practice down in Torrance, CA with the Los Angeles Gambits. Many of the male players on the Gambits were well over six feet tall and built like walls – walls that move and have honed their athletic abilities. While the Gambits could have easily plowed through the smaller players on the Blacktips, their goals weren’t to cause embarrassment but to teach and learn from each other.

“We need to stick together. West coast is the best coast!” Steve DiCarlo, co-captain of the Gambits, exclaimed as both teams gathered in an end-of-practice huddle. The camaraderie between the two Southern California teams was evident as both teams insisted that I, ‘the photographer’ (as I was appropriately nicknamed), joined in on post-practice festivities.

During the spring, the Blacktips flew out to Myrtle Beach, SC to participate with a total of 80 teams in the Quidditch World Cup. As a relatively newer team, they were considered to be an underdog but they managed to make it to round 48 by the end of the tournament and solidified their position as a middle tier team for the Western region. 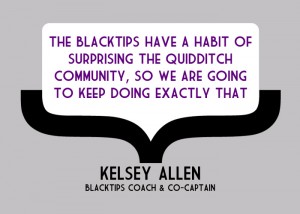 “We have a habit of surprising the quidditch community, so we are going to keep doing exactly that. Last weekend at Riverside Rumble, we shocked critics by defeating Arizona State University and then proceeding to hold our own against the Lost Boys, until tragically Ben Harding was injured. If we could beat the Lost Boys in the future, we would be making headlines,” Kelsey Allen detailed while illustrating the complexities of quidditch.

The last two champions of the Quidditch World Cup were won by Texas Quidditch, a team known for recruiting former high school football players. Blacktips or not, it’s clearly time for California team to bring home the trophy next spring!

On Saturday November 22nd, eight California teams from Los Angeles to San Jose will arrive in Santa Barbara to participate in an official tournament. The Santa Barbara Blacktips will be hosting Next Best West 2, from 8:30am to 6pm at Storke Field on the UCSB campus. 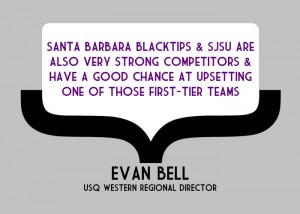 “It looks to be a day of entertaining and highly competitive quidditch, with three of the top five teams of the Western region in attendance – Lost Boys QC, LA Gambits, and Silicon Valley Skrewts. Santa Barbara Blacktips and San Jose State University are also very strong competitors and have a good chance at upsetting one of those first-tier teams,” Evan Bell, Western Regional Director of USQ. The anticipation between the various teams has been growing as the date grows closer and closer.

“Quidditch has created a tight-knit community. Teams cross socialize all of the time and tournaments are more like family reunions. On the pitch, competition is fierce and rivalries are held. But after the games, we all hang out together and there are no hard feelings,” Allen said speaking for the Blacktips.

If you can’t make it to the tournament, the Blacktips welcome the public to come join their weekly practices on the UCSB chem lawn every Wednesday (6pm-9pm), Thursday (6pm-9pm), and Sunday (2-4pm). 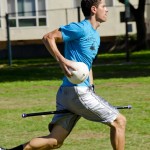 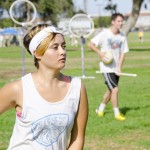 Ruthie Stahl of the Blacktips running on the pitch. 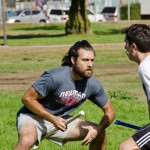 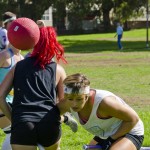 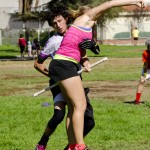 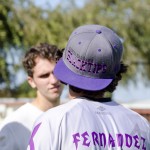 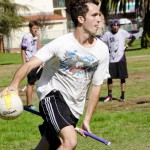 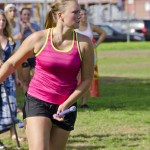 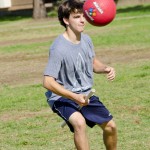 Tommy Brn (Blacktips) about to be hit by a bludger. 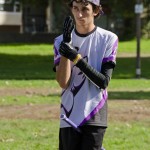 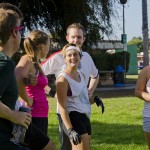 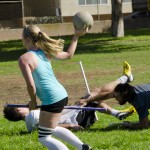 Tanna Helm (Gambits) with the bludger. 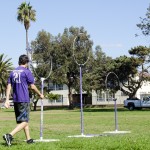 Copyright of all photos, graphics, and videos: Genevieve Swords, 2014