Trending Now
You are at:Home»Features»Fishing for slavery: The Thai fishing industry

Thailand’s fishing industry is one of the most controversial sectors with claims of slavery, trafficking, and overfishing. $2.5 billion worth of Thai seafood hits the US and European market.

“The development of transport and marketing systems and changes in the techniques in preserving fish, shrimps and other marine life prompted people to produce for the market”. (Gary Morgan and Derek Staples)

The demand in fish and shellfish rose so far that the fishing industry had to adopt new measures in order to satisfy global consumption. Today, Thailand and Indonesia are among the Top 10 world’s fish producing nations. This rapid increase did benefit the national economies, but also brought negative and inhumane aspects to the table. 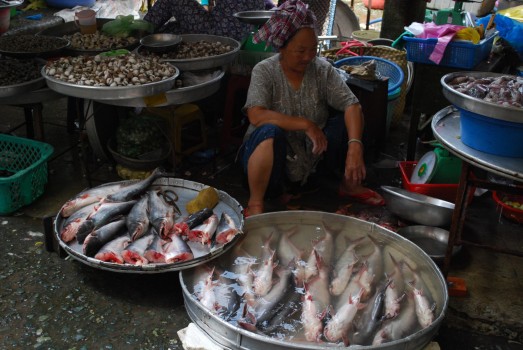 With over 4.2 million fishes caught each year, Thailand is under the Top 10 of world’s biggest fishery countries

Unfortunately, the rapid increase in fish consumption does not only have negative effects on fish stocks, but also people are affected by the over-exploitation of fish.

The fishing industry in South-East Asia largely benefits from human trafficking in the regions. Lured away from their home under false promises and hope for more money, many men find themselves caught on fishing vessels in Thailand. One of the men is Samart Senasook, a 40-year-old man from Thailand.

Senasook was approached by a man offering him decent wages for a year at sea. Although doubtful, Senasook agreed to the terms and embarked on a horrific odyssey that took him away from home for over 6 years.

Once Senasook agreed to join the fishing vessels, he would turn into a modern slave. Lied to by his broker, Senasook was forced to work 20-hour days on the vessel, with the permanent threat of being beaten, punched, and kicked.

“Senasook describes his life on board as one full of intimidation, sleep deprivation and regular beatings from the boat’s captain” (Seafood from slavery: Can Thailand tackle the crisis in its fishing industry? – CNN)

Instead of one year aboard, Senasook was part of the crew for over 6 years. Without a chance to escape, the vessel drifted further and further away from land in order to follow fish populations. Working in life-threatening situations, the crew lived under constant fear from their captain.

Senasook’s journey should be one filled with violence. “My jaw hurts every time I chew” Senasook told reporters after being freed from his vessel. “I was thinking of my family, my mother. There were times, I was about to jump into the sea to kill myself.”

Suicidal thoughts on board were not the exception. The traffickers and the captain, however, did not only deprive Senasook from his freedom, they also took away his identity. Without an ID card, Senasook was considered illegal in every country, making it impossible for him to reach out to authorities. 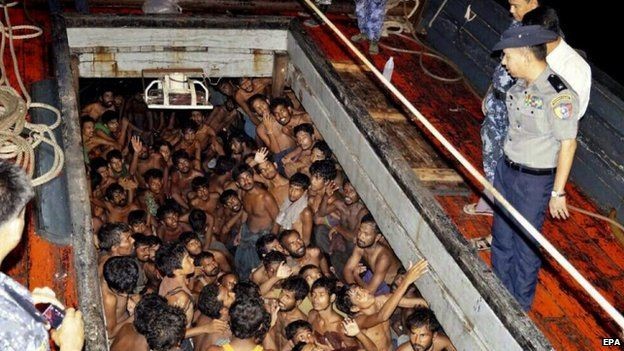 When Indonesian authorities impounded the fishing vessel Senasook was held captive on, he saw himself caught on an island in the Pacific, thousands of miles away from home. Only a letter to Thai Prime Minister helped Senasook get out of captivity. His ship’s captain finally paid him his wages, about $53 for 6 years. He then was told he still owed $615 broker fees from six years back. Only with the help of Labor Rights Promotion Network (LPN) Senasook was able to post the money and travel back home to Thailand.

Tens, if not hundreds of thousands of people share the same fade as Samart Senasook. According to the Rask Thai Foundation, over 200,000 trafficked and unregistered workers might work on Thai based shipping vessels. How many fishing vessels exist is another unanswered questions. Maybe 57,000, maybe double that.

The Thai fishing industry is fueling the West

Slavery in Thai’s fishing industry is globally connected. The rapid increase in the global fish consumption did not only contribute to the Thai economy, it also open thousands of jobs in the fishing industry. Economic instability in regions in South-East Asia forces many men to migrate to Thailand to find a job on one of the fishing vessels. For most of them, the journey is similar to Samart Senasook. 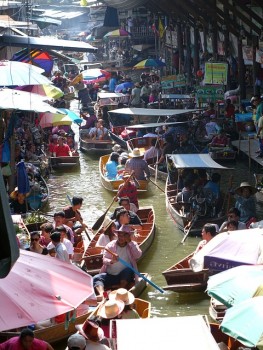 The fishing industry in Thailand is worth $6.9 billion

A 2010 study by LPN and the Johns Hopkins School of Public Health revealed that 33.6 % of migrants in the study had been trafficked, with 57.3 % being subjected to forced labour.
These shocking numbers only reveal a little about the global extent of the Thai fishing industry. In 2013, the value of Thai’s fishing sector was estimated at $6.9 billion, with over $2.5 billion worth of seafood being exported to Europe and the US. Western countries are supporting the rapid increase in fish exports and also contribute to the rapid increase in trafficking in the region. The higher the demand, the more supplies are needed.

“The European Union (EU) recently called Thailand non-cooperative because of its poor control over the fishing industry” and Thai Prime Minister called fighting human trafficking to be a national priority. Prime Minister Prayuth Chan-ocha knows about corruption and involvement of government officials in trafficking cases, but reassured that these types of activities will be eradicated from Thai politics.

The 4.2 million fishes caught by Thai vessels are too high, as the Gulf of Thailand is overfished by 177%. Thailand is forced to take action in order to reduce overfishing and slavery reports on vessels, as the European Union threatened the country with a fish embargo starting October. The Thai government is taking new measures in order to tackle the issue, with ships having to be equipped with electronic monitoring systems and vessels also need to have a valid license and a list of who is on board.

“This is the most attention there’s been on the issue, coming from the highest level,” said Max Tunon from the International Labor Organization. More measures and projects have to be implemented in order to penalize traffickers and captains and help victims of trafficking.

Thai Union Frozen Products’ (TUF) CEO Khun Thiraphong Chansiri mentioned that it is difficult to control the whole supply chain and keep it 100% clean. TUF is the largest exporter of Thai seafood to the West and also owner of popular US brands like John West and Chicken of the Sea.