Trending Now
You are at:Home»Student Activism»Support Asylum Seekers Being Forced to Wait at the Border

“ The laws and the civil action are the voice of the most voiceless” —Jacqueline Inda, Santa Barbara Response Network

Imagine that your home, your country, is no longer a place you can live safely. You have come to the decision that leaving is your only option for survival, so you and your family pack what little you are able to take and spend all the money you have to travel hundreds, even thousands of miles to the border of the safest country you can think of. You arrive to find that thousands of other people like you are there, waiting for the same thing you are hoping for, asylum.

You get in line and wait for days that turn into weeks until you finally get your chance to plea for asylum. In your interview, you plead with desperation how this is your last chance at survival. It is no longer safe for you and your family in your country, but all you receive in return is a date for a court hearing and then you are sent back to wait in the same crowded and dangerous border town in Mexico. Now, with no money, no job, and no safety net, you are expected to survive in this overcrowded town until your court date that is set nearly a year from now.

“With shelters unable to accommodate their swelling numbers, many are forced to sleep on the streets, often with young children in tow. Lacking a secure place to live, human rights organizations have documented how they have become easy targets for extortion, kidnapping, and sexual abuse”.

The people you see around you are in the same situation, they are living out of tents and using the river nearby to bathe. You watch as these people are harassed and even assaulted by the cartel and other gang members. You hear the cries of people whose loved ones were taken in the middle of the night, kidnaped for ransom. You are stranded in this town that is no safer than the place you left behind, and you have a target on your back because it is obvious you are not from there.

You can’t go back home and you can’t make it to the place you thought would be your haven. You are trapped in limbo with thousands of other people who aren’t sure what to do or how they will survive.

This is the reality for the asylum seekers currently stuck at the U.S./ Mexico border. The fairly new policy known as the “Migrant Protections Protocol” (MPP), requires that any immigrant who has arrived at the U.S. border seeking asylum has to wait in the border towns of Mexico the duration of their immigration proceedings. This policy is creating a pressing humanitarian issue.

These migrants are having their lives put at risk by being forced to wait in notoriously dangerous cities along the border of Mexico. In addition to being subjected to these dangerous conditions, these cities have limited resources and space to take in and help these asylum seekers. These people, having fled life-threatening circumstances in their own countries, have already made the long and dangerous journey to the U.S. with the hope of receiving refuge. Instead, their safety and well-being are compromised by being forced to wait in another dangerous country that lacks the resources to help them. 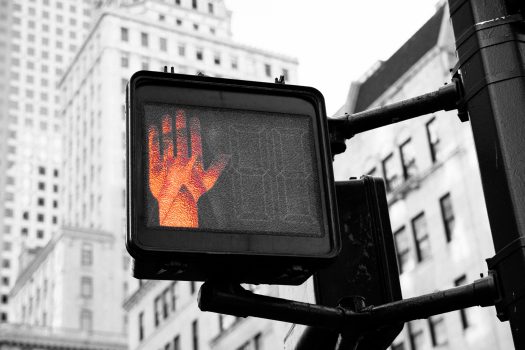 “The advocacy group Human Rights First issued a report earlier this month documenting dozens of cases in which inherently vulnerable immigrants — including those with serious health issues and pregnant women — and immigrants who were already victims of kidnapping, rape, and assault in Mexico were sent back under MPP.” These migrants are literally being put in harm’s way by the U.S. government. The Trump administration expects that the Mexican government will intervene and protect these people. While the Mexican government is providing all that it can to these asylum seekers, it is unable to keep up with the ever-growing numbers of migrants arriving at these border cities on a daily basis.

The MPP, also known as the “Remain in Mexico” policy, was initially instated with the hopes of deterring migrants from coming to the border, yet people continue to come regardless of the policy because situations in their own countries push them to do so. The Mexican government lacks enough resources to protect and care for the quickly increasing population of asylum seekers in these border towns and cities. This leaves asylum seekers without protection from the other dangerous circumstances they are being subjected to.

It’s a harsh reality that no one is really looking out for them. Their countries have already failed them, the U.S. has turned them away, and now the country they find themselves in doesn’t have space or protection they need.

These asylum seekers need someone to speak for them because they have no voice, they are at the mercy of a country that cannot guarantee their safety. The asylum seekers stuck at the border have had their voices silenced by U.S. policy. The MPP has devalued what these asylum seekers have to say. Their pleas’ for safety and refuge are only met with an unsympathetic policy that does the opposite of offering them asylum.  “The Refugee Act of 1980 (“1980 Act”) was passed with the stated objectives: “[T]o provide a permanent and systematic procedure for the admission to this country of refugees of special humanitarian concern to the United States, and to provide comprehensive and uniform provisions for the effective resettlement and absorption of those refugees who are admitted.” Their fates are being decided by our biased government, a government that seems to have lost its values and turned its back on an act made with the intent of helping those in need.

In Guatemala, the homicide rate for women is more than three times the global average, and in El Salvador it is nearly six times. In Honduras, it’s one of the highest in the world—almost 12 times. A woman is killed in the region every six hours.

These asylum seekers need their voices heard because their lives are at risk. The MPP is not only endangering asylum seekers by forcing them to wait in the dangerous border cities of Mexico, the policy is also forcing them to make dangerous decisions in response to being denied or postponed asylum in the U.S. Many migrants, out of sheer desperation, have made the journey back to the countries they fled in the first place; returning to a government that is unable to protect them from the dangerous circumstances they face. A majority of the asylum seekers at the border have fled Central American countries, such as El Salvador and Guatemala, due to levels of extreme violence within these countries.

The MPP policy is forcing migrants from countries to return, which is putting their lives back in serious danger. In addition to returning home, the asylum seekers stranded at the border are also making the choice to cross over the border illegally. Migrants are crossing through the desert or swimming across the Rio Grande, both of which are extremely dangerous options. “The remains of at least 2,832 migrants have been found in southern Arizona since 2001, according to the Arizona OpenGIS Initiative for Deceased Migrants.”

The labor union for federal asylum officers is condemning President Trump’s policy of sending migrants to Mexico as they wait for their assigned court dates in the U.S., calling the Trump administration’s program “fundamentally contrary to the moral fabric of our Nation.”

The migrants who seek asylum in the U.S. should be given a real chance of being granted refuge in a country that can afford to do so. Instead, they are met with a policy that forces them to wait in dangerous places with the hope of deterring them from fully pursuing their asylum claims. It is imperative that MPP is put to an end immediately. Those seeking asylum deserve to be heard, their voices matter and so do their lives.

The world is watching as the U.S. sends many of these helpless people back to dangerous circumstances that put their lives at risk. The U.S. is rapidly imposing policies that are deteriorating the values of which it was supposedly built. We, as citizens of this country, can no longer stand by and watch as our administration continues to treat immigrants as though their lives don’t matter.

It is left up to us, the people of this nation, to be the voice of the voiceless, and stand up for those who cannot stand up for themselves. Our government’s administration continues to condone acts of racism and injustice towards people who are only seeking safety and a better life. We must put an end to MPP as it is a policy that is putting at risk the lives of thousands of immigrants. 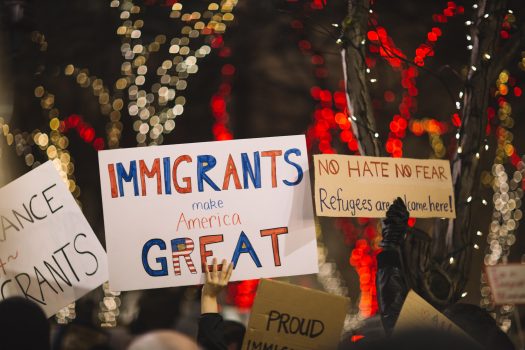 A crucial call to action that we can take, is to contact our local senators and ask them to pressure the Senate to pass resolution 484, to defund MPP and restore the government’s approach to its refugee settlement.