As Odyssey’s Managing Editor, I had the privilege of sitting down with Marcus Lopez, a dear friend and member of the Ethnic Studies Now Coalition. Our topic was about his identity and growing up. Walking into what I imagined any normal interview would be, I experienced a conversation that deeply impacted my perceptions of youth and identity.

Luna: So, I just want to start by asking, is Native American an appropriate term to refer to you as?

Marcus: It’s a great question because it’s not an easy one to answer. You have the terms Indian, American Indian, Native American, Indigenous—but I, amongst myself, call ourselves Indigenous People of the Land, and then I refer to my tribe, and then beyond that what band or clan I’m from. That’s how a lot of Native people refer themselves. Native Americans, I have trouble with that term, but I accept it— there are so many unfortunate terms that we’re not educated on.

Luna: For me, what would you like me most to refer to you as?

Marcus: Because you know me, Chumash.

Luna: So, what is your name and can you give me a bit of a background about yourself?

Marcus: I am 38. I was born in San Diego, CA, but both my parents were born in Santa Barbara, CA. I am Chumash, Chicano, and Yaqui, which is a different tribe down in the Southern Arizona Mexico, and Chumash into the area of the Channel Islands and Santa Barbara coast. I was raised in LA from ages 3 to 23 in a melting pot of the San Fernando Valley. My best friends were Mexican, Black, Filipino, Vietnamese, El Salvadorian, and White. There was definitely a mixed group of individuals; Jewish, Sikh.

Luna:  Where you always proud of your heritage?

– and you’re like wait, but I’m Native American and they’re in this book that they’re dead – past tense.  I don’t get it.  It’s a macro effect where it can affect so much more than your grades, it just affects the entire social and emotional output.

Marcus: Of course, there’s an uncomfortability You get a feeling of sadness when they refer to Native Americans always losing wars or battles or being massacred and having people think that you’re dead or you’re obsolete and you’re sitting there as a young kid idolizing your teachers, and you’re like wait, but I’m Native American and they’re in this book that they’re dead— past tense. I don’t get it. It’s a macro effect where it can affect so much more than your grades. It affects the entire social and emotional output. So, there is a period of confusion because you go into a depression trying to figure out who you are. In high school, I was able to challenge them, and because I challenged them, in most of these situations I received low grades. Low grades mean that I have to go to summer school.  Unfortunately back then it still made me feel lower because now I’m seen as a dumb***. And, given that label  creates a lot of anger. It’s a system of education where you kill off Indians altogether, therefore those that are learning about it question themselves. We are confused, and not portrayed appropriately, accurately, and that creates some depression.

Luna: How does it make you feel now? 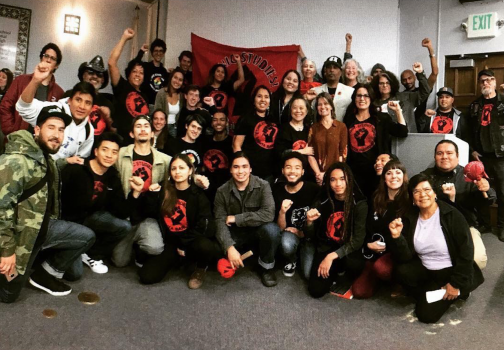 If we revitalize these cultures, there will be more joy, happiness, positivity

Marcus: It’s important just to acknowledge the first peoples of this area, which are the Chumash people, but there’s other Indigenous that live here from different areas. It’s acknowledging those people as well, that come from different tribes all over the world who also like to celebrate their indigeneity.  Let’s recognize all Indigenous people and celebrate life and our existence. If we revitalize these cultures, there will be more joy, happiness, positivity.

In my opinion, ethnic studies is the next step in the public educational setting. You can bring all these ethnic and gender studies within every subject and it’s intertwined, not just Native American individuals, not just Indigenous folks, but it will make people of all ethnicities and genders more positive feel more confident when they go to class, feel like they’re connected to school, connected to a community. I feel we’ll be more tolerable of other cultures, more sympathetic to other people, create better dialogue, better communication, better culture —a better Santa Barbara culture, a better California culture, and then we can be more accepting of people from other races, religions, genders.

Marcus’ dedication to connecting with and being proud of his identity has truly shaped him into an inspirational figure for many of the youth he interacts with at work on a daily basis. By providing spaces in the K-12 system for youth to feel confident in accepting their identities, it is likely that interests in education in classroom settings will increase. Introducing diverse narratives in course work will create a healthier dialogue between youth. If more people are willing to have these types of conversations and actively engage in discussion on identity and affirmation, then there will be a greater understanding of how to lovingly communicate, accept and connect with one another. 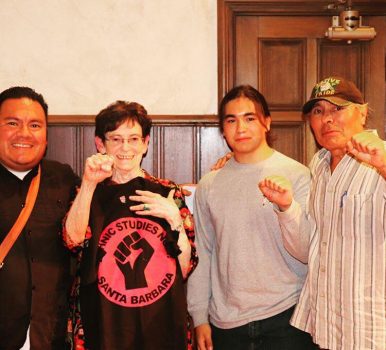