Trending Now
You are at:Home»Features»Social Justice»Lynn Houston: There’s Nothing She Can’t Do

At 17 years old, Lynn Houston left her home in Missouri to explore the world. Throughout her life, she worked multiple jobs with an array of unique people.

She started her journey as an actor in San Francisco and then New York, where a one-woman show took her across the country to California where she has lived since 1982. Upon arrival to Los Angeles, she changed careers and became a Hollywood photographer for many years until a photo safari took her to Africa. There she traveled in small single-engine airplanes and fell in love with aviation. After returning from Africa, Lynn once again completely changed her focus and decided that she wanted to become a pilot. She started off as an intern for a flight school and later became their chief pilot. In 1998 she was hired as an airline pilot and ultimately retired as a captain. Despite all her different careers, by 2006, Lynn had yet to receive an official degree. Therefore, she went to Santa Barbara City College and received a media arts certificate, in order to be able to take on a marketing job. The degree became handy because, in 2007, Lynn was hired by Santa Barbara Airport as a marketing assistant. Since then, she has worked for Santa Barbara Airport not only within marketing but also with doing some ground training for future pilots.

In 2011, at 57 years old, Lynn graduated from Antioch University with a degree in Social Justice and Educational Leadership. She says that Antioch was the only option for her since it welcomed students like her that were outliers.

Upon graduation, Lynn decided to found a non-profit organization called “A Different Point of View” in Santa Barbara. The nonprofit uses flight lessons as a launching pad for youth who lack a belief in their ability to succeed in the world. It offers an aviation career program which includes leadership and self-awareness training, air traffic control, aircraft maintenance works shops, full-motion simulator training, and professional flight lessons. 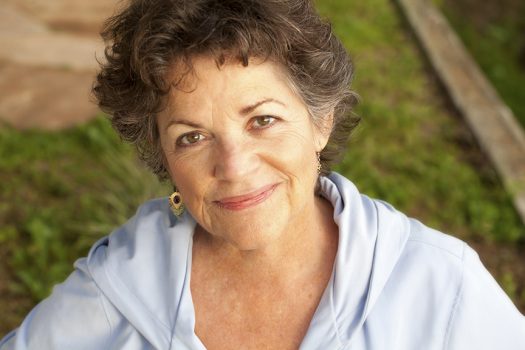 Wanting to become a better executive director for A Different Point of View, Lynn returned to Antioch and obtained her MBA in Social Business, Strategic Leadership & Non-profit Management in 2016.

This year she was hired as an adjunct professor and taught a marketing class in the undergraduate program. Dawn Murray who is the professor and chair for the undergraduate studies at Antioch University said this: “Students love her commitment to experiential learning and loving her teaching style.” While teaching, Lynn kept her job as a marketing coordinator at Santa Barbara Airport and working on her nonprofit organization. Recently, she decided to train a graduate student from Antioch to run her nonprofit since she wants to focus on other projects. Lynn performed in SoHo June 19th for their “Singer/Songwriter” series and is currently writing a theatrical show called “Rose Diamonds and the Social Justice Junkies,” slated to open in Spring of 2019.

“Wheresoever you go, go with all your heart.”  Confucius