The FIFA Women’s World Cup is right around the corner, a time for me to shed some light on the event, the host country, the participants, and women soccer in general.

It is the main event in women soccer. An event many teams have been waiting and fighting for over the last four years. When on June 6th Canada kick-off the first World Cup game against China, 24 teams from all around the globe with battle for glory. The tournament is as highly fought as the Men’s World Cup, but there are differences between both tournaments.

FINAL SQUADS: At 11am CET tomorrow, we will confirm the final 23-player squads of ALL 24 #FIFAWWC teams, here. pic.twitter.com/UlKvo5e8y8

As there a less women soccer teams in the World, FIFA decided to only have 24 teams participate in this years tournament (compared to 32 for men). The 24 teams are all divided into six groups, and will play each other within their respective groups. Each group winner and the runner-up will automatically qualify for the Round of the best 16. The additional four spots will be given to the best four teams that came in third position. After the group stage, single-leg playoffs will determine who will make it to the Final and who will fly home.

Interesting is that many nations that participated in the men’s world cup will also be represented in the women’s world cup. Leading soccer nations like Germany, Spain, Brazil, France, and England will be in Canada, but also more surprising countries like New Zealand or Thailand. And there is always the host nation, Canada. 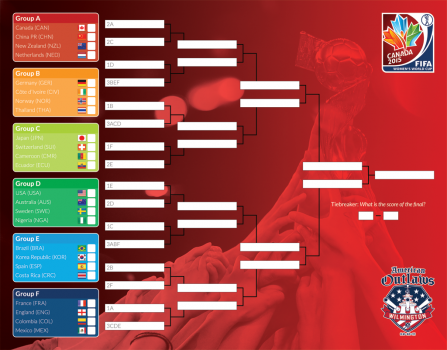 For Canada this will be the 6th time participating in the tournament. Having to qualify for all previous tournaments, the host nation in automatically qualified for the tournament, making it easier for Canada to play at home. Canada is by no measure a favorite to win the World Cup. The best position for the country was in 2003, when they came in 4th position. Christine Sinclair is Canada’s star player in the central forward position. Scoring over 153 goals during her International appearances, Sinclair is without a doubt a threat to every defense in the World Cup.

“It’s incredibly exciting… I’m sure it’s going to be a fantastic tournament and I must say that I feel good about how the Canada team is shaping up. I think we’re peaking at the right time,” Christine Sinclair, Canada forward.

By building a team mixed with experienced and young players, coach John Herdman hopes for a big surprise in the tournament. Having the support of the whole country will give the Canadian team even more incentive to perform greatly. But with tough competition and a team not on the same level as other favorite, Canada might have a difficult time making it to the Top 4. 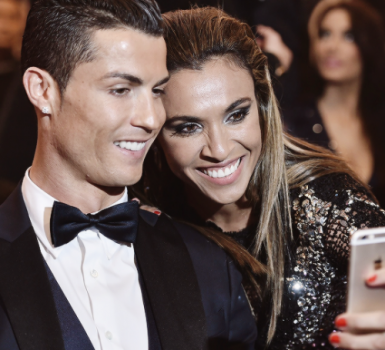 When it comes to soccer, no matter if men’s or women’s, Brazil is always a name on everybody’s lips. A team build around superstar and five-time FIFA Women’s World Player of the Year winner Marta, Brazil is always a joy to watch. Technically gifted and with a strong attacking game, Brazil had no difficulties qualifying for the World Cup. With Cristiane as another impressive striker with the “Killer Instinct” in front of the goal, Brazil will definitely be one of the strongest attacking teams in the World Cup. Favorite to win their group, Brazil might however face a huge challenge in the Round of 16, where either Sweden or the United States are waiting. And both teams will be favorites to win the tournament, too.

A major contender to win the World Cup is Sweden. Qualifying for seven consecutive world cups, Sweden did never miss qualification. “We keep taking small steps all the time. A medal is absolutely what we’re going for now. We got the bronze last time and are looking to improve on that,” said Lotta Schelin, Sweden’s forward. Sweden’s qualifying road was one of success, with 10 wins in 10 games, the team scored 32 goals and only conceded one. Interesting is that 32 goals is the lowest (!) of all group winners in Europe. Instead of an attacking game, Sweden will focus on a passing and ball-possession play in the midfield, hoping to create chances through tactical genius.

Probably the biggest favorite of the Women’s World Cup 2015 are the United States. Like Sweden, the United States qualified for every tournament so far, making this their 7th appearance. But it gets even better. The United States always made it through their group, and always went to the Semi-Finals. With two World Cup victories, one runner-up, and three times in third position, the US have the best women World Cup record. The team is build around world class forward Abby Wambach and goalkeeper Hope Solo. Other starts in the team are defender and captain Christie Rampone, and midfielders Carli Lloyd and Megan Rapinoe. In addition to two World Cup wins, the United States won four gold medals at the Olympics, and have the best record of any team in the world. “For every player in the group, they’re believing that [Canada 2015] is our World Cup. This is our World Cup to win and that’s how we’re preparing,” explained Tobin Heath, midfielder in the US team. 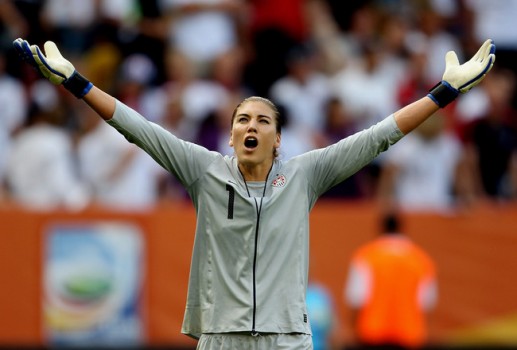 US national goalkeeper and well-known player Hope Solo, one of the backbones of the US soccer teams

Behind the US, the other main favorite for victory is Germany. Coming off a disappointing 2011 World Cup at home, the German team is more than ever ready to rebound. The No. 1 women soccer team in the world has had great victories over the past, winning the World Cup twice in a row (2003 and 2007). In their latest World Cup victory, Germany managed to score 21 goals without conceding a single goal (!). And impressive achievement when playing against the best nations in the world. Added to this, Germany claimed six consecutive European Championship victories. After the World Cup disaster in 2011, Germany’s head coach Silvia Neid did an overhaul of the team, introducing many new players to the squad, all by replacing senior players. This tactic played off, and the process of integrating new players to the squad is still on-going. With Nadine Angerer, Celia Sasic and Anja Mittag, Germany has a backbone of experienced players. Combined with youngster like Leonie Maier and Melanie Leupholz, the German squad will definitely aim for the top spot again. “I think Germany are always among the favourites. It’s important to us to play against the best teams in the world during our preparations,” Melanie Behringer, Germany midfielder. 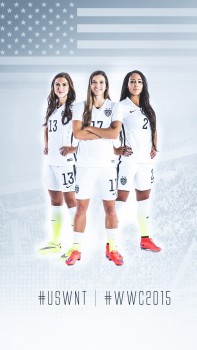 The US National team is ready for the World Cup in Canada. A victory would mean the third World Cup win.

A fifth favorite is Japan. The winner of 2011 is coming to Canada with a strong and determined team, willing to repeat their victory from four years ago. With their star player Homare Sawa back in the squad, the team seems even more motivated to repeat the victory. Sawa was the leader of the team in 2011, and according to head coach Norio Sasaki, this 2015 version is even better than the 2011 Champions. Motivated by the AFC Asian Cup victory last year, Japan has a lot of potential in Canada this year. Expect quick soccer, good technical skills, and a fighter mentality from all the Japanese girls.

The FIFA Women’s World Cup 2015 is the biggest yet in the history. With 24 teams competing for the title, the favorite field got bigger and the cup will be more challenging. Instead of six games, the winner will have to go over 7 games this year in order to claim the trophy. The favorites are all ready, and for some teams, like Thailand, this World Cup will be a whole new experience.

Unfortunately the start of the World Cup comes only 10 days after a corruption scandal hit FIFA. On May 27th, Swiss authorities arrested 14 high ranked FIFA members on suspicion of “racketeering, wire fraud and money laundering conspiracy.” Led by the US Department of Justice, FBI and IRS, the accused allegedly took over $150 millions in bribes for TV rights, marketing, and other events. “The charges, backed by an F.B.I. investigation, allege widespread corruption in FIFA over the past two decades, involving bids for World Cups as well as marketing and broadcast deals.” For years, FIFA and their President Joseph (Sepp) Blatter were suspected of wrong doing and bribery. This time, authorities seem to have sufficient evidence to investigate, indict, and arrest high-ranked official. If Sepp Blatter is involved in the whole case remains to be seen. He goes up for re-election this Friday at the FIFA conference in Switzerland.

But the UEFA, Europeans Football Association asked to postpone the election until further notice. No matter if the election happens this Friday or another time, the image of the FIFA under Sepp Blatter rule will only further be damaged. It is time for a change in leadership, NOW. The timing could not be any better.