The Santa Barbara City District elections are around the corner, and the last day to make your votes count  is to send them through mail by November 3, 2015.

With that said,  when viewing the candidates for Santa Barbara’s District elections,  I notice that more than half of the candidates running for city council representatives are women. Recently, I was reminded in a lecture and class discussion at Antioch University, that there was a period of time when  women in the United States did not have equal rights that were outlined for men in the original social contract. That social contract grew into our country’s common welfare which is outlined in the document that is now known as the Constitution of the United States.

In today’s United States, the right to vote is not practiced that much as shown in Nick Welsh’s article by all three districts of Santa Barbara. This current city council elections for Santa Barbara  is made up mostly by  women candidates, and in addition this city council elections are unique, “For the first time in 60 years, Santa Barbara voters are electing their candidates according to geographical districts, not at-large seats.”  This means that Santa Barbara’s politics just went, “hyper local,” according to Nick Welsh. 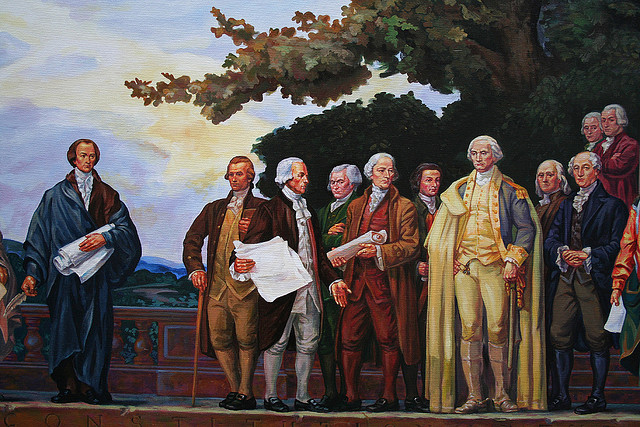 The framers of the Constitution of the United States, Philadelphia, 1787.

Out of all three districts, District 3, the district representing the Westside, has all women candidates. One candidate is unique in that she is non-partisan, independent, and not backed by any party or special interest groups. Cristina Cardoso instills and carries  a voice for her local Westside community. In hopes to make real changes Cristina Cardoso  wants to address as a city council member will change the quality of life and community involvement about decision making. From the Independent online publication magazine, Russell Trenholme states, “Cristina Cardoso is strongly focused on what has been missing from the self-styled progressive coalition — sensitivity to the needs of low-income residents, primarily working-class Latino immigrants, voiced by bilingual, longtime residents.”  Cristina believes that involvement in the community makes everyone feel like they matter. Living with meaning and purpose and not just existing and get the community members  involved to participate in the community. Cristina Cardoso believes that, “when you contribute to the world and are being of service, you feel more empowered, connected, and purpose for life.”

Cristina Cardoso has been involved with the community for 16 years working at different Santa Barbara school districts at La Cumbre, San Marcos, Adams elementary, Franklin elementary. She has also facilitated class with parents at Franklin School and La Cumbre. From her work and service through the education system, Cristina affirms that, “Santa Barbara has so many after-school programs, but these programs are centralized on State Street and downtown, NOT on the East or the Westside communities.” 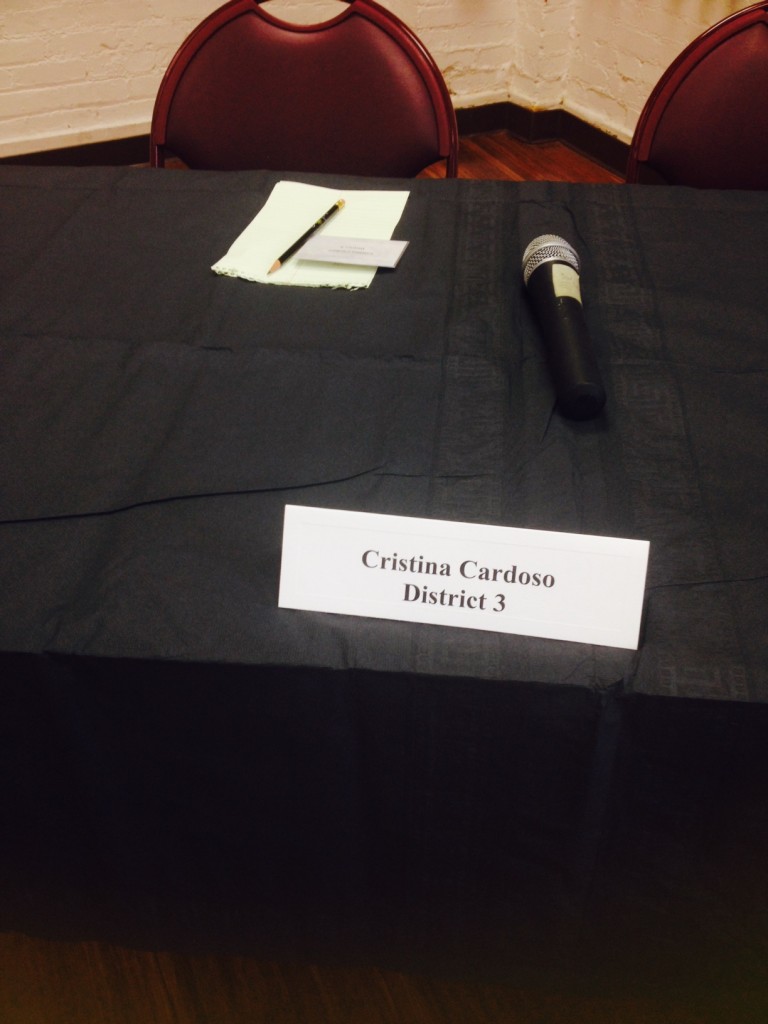 Cristina Cardoso believes that, when you contribute to the world and are being of service, you feel more empowered, connected, and purpose for life.

Q:What is an issue you want to address most for Santa Barbara?

Cristina: “Educating the community about being fearless of speaking their mind, to be fearless of asking for whatever is needed for their community—for their kids’ education, their job salaries. The people in our community are entitled to earn a decent salary. As parents they have rights to know and be involved in  their kids’ education. The parents need to be involved in kids education—but how can they participate in their education when they are busy making a living for the family, and with the higher rents? Everything is so linked together. Parents are not involved with their kids education or lives because they are busy having 3 jobs (make a living) to pay for the high rent. There needs to be heart to heart talks—communication—even if it is just 5 minutes a day.”

Cristina Cardoso runs an independent campaign for this this coming election.

Since I first met Cristina, approximately 5 months ago, I definitely felt that she is an open, approachable, genuine, and authentic individual. I would often see her at the gym in the mornings. One morning, I shared some interpersonal communication frustrations I was having with a close friend. Cristina offered a helpful perspective and words of advice that  helped calm my irritable and discontented state of mind.

I continue to look forward to bumping into her at the gym, sharing small talks here and there. When I check in with her, I like how comfortable I am sharing how I’m really doing at that particular day or moment.

This is Cristina Cardoso’s first city election—regardless if she is elected a seat in this coming District elections or not, she continues to empower those in her Westside district, and everywhere else. 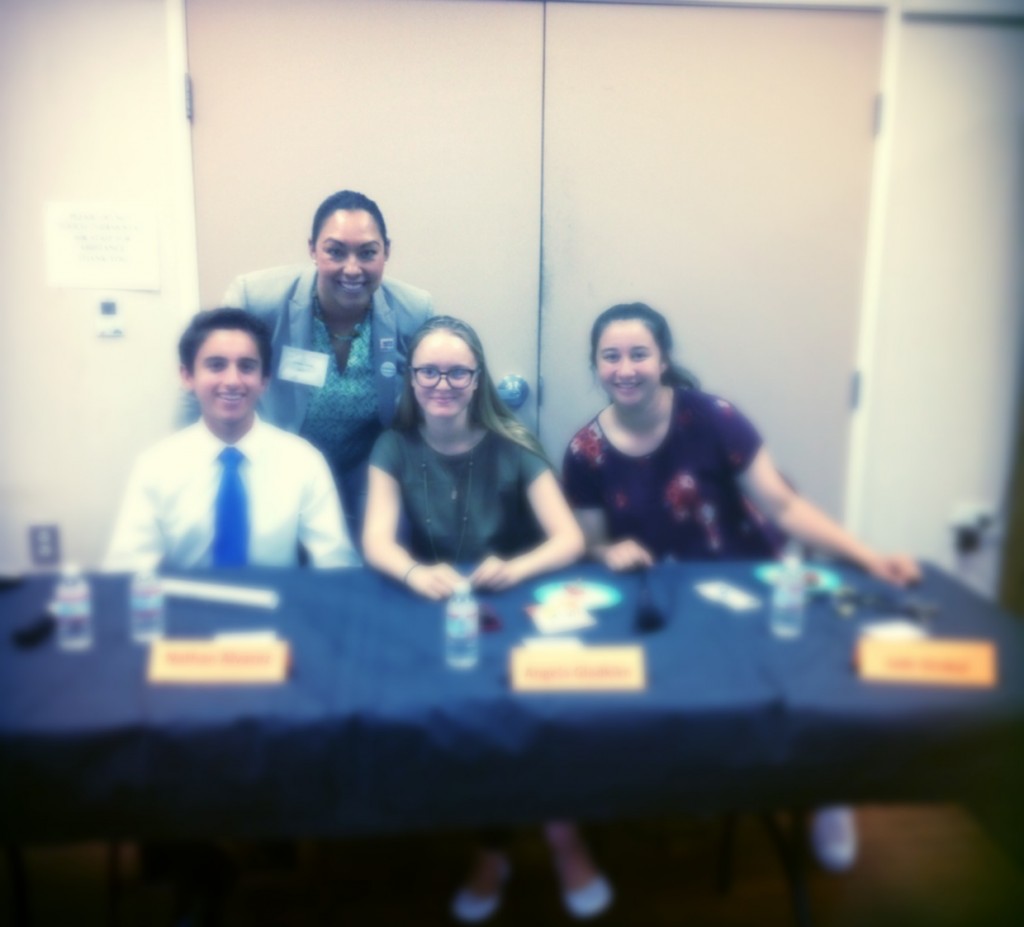