Trending Now
You are at:Home»Features»SB Local»Young Buds: Living in a second hand high

Living alone for the first time is never easy. Steaming through college with stoner roommates dosen´t exactly simplify the situation, or?

It´s a clear Sunday evening in Santa Barbara and I am on my way to meet up with Eniz Zahmoul. A Swedish national, who came to the United States to get his bachelors degree and maybe make a couple of dreams come true in the process.

The second I got in the door the faint smell of marijuana filled my nose. We barley had time to sit down; I asked him what his general impression of marijuana is, and his answer surprised me a little.

It´s like in the words of Alexander Dumas, in his book the Count of Monte Cristo, says Eniz. ”When you return to this mundane sphere from your visionary world, you would seem to leave Neapolitan spring for Lapland winter – to quit paradise for earth – heaven for hell! Taste the hashish, guest of mine – taste the hashish.

He defends this quote with the fact that many great philosophers, writers, leaders and so on, have shared their thoughts on drugs, and some of them have even embraced it. Drugs are a part of our world and there is not a lot we can do to change that. Where there is a will there is a way. If people want to subject themselves to these substances, then that’s their choice, or?

“I do not judge you for smoking, so don´t judge me for not smoking.”

Eniz lives just a stone’s throw away from Santa Barbara City College where he and his three roommates go to school. Coming from a smaller city in Sweden with a population of around 30,000, experiencing marijuana consumption here and there and smelling it up close everywhere you go. It can be a little overwhelming at first, but you get used to it.

Californian´s have a very liberal attitude towards marijuana, compared to where Eniz comes from. In Sweden, Hashish and Marijuana are considered highly illegal. Mere possession will land you a ticket and most likely some jail time, depending on quantity and circumstances.

It´s not always easy being a student. Temptations like a good party, netflix or video games are never to far away.

The major “study breakers” among college students here in Santa Barbara is Marijuana and Alcohol. There are other drugs in spin around here but we can get back to that another time. It seems that most students here in Santa Barbara including the international ones, smoke weed when they drink, and a fraction of those just smoke. He then says, “The difference in culture is huge, compared to Sweden when it comes to hashish and marijuana” 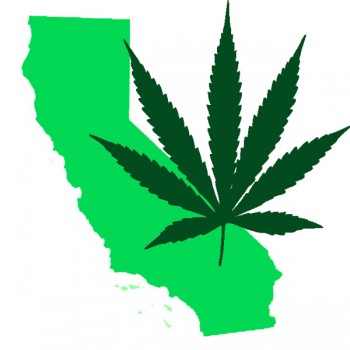 Medical Marijuana has been legal in California since 1996.

“I don´t care if you do it, if he does it, or anybody does it, that´s their business.”

Eniz is a driven individual, he has clear plans for his future and he is steadily working towards his goal. Interning for the governor of California, he is on the presidents honor roll at Santa Barbara City College. I wouldn’t say that the lives of my three roommates effect me negative, I like to think that we motivate each other.

“We are four individuals from different countries, living together in an apartment in California. In order for that to work, we need to work together” says Eniz, adding that he is happy he ended up with these three individuals.

“I love a good party, I just do it without marijuana or other drugs. My poison of choice is alcohol or just plain old sober. “

Standing on the veranda with Eniz discussing the culture and stigmas surrounding marijuana and marijuana users, his three roommates and one of their friends come out to join us and have an evening smoke.

Eniz goes on to say, “You see, for me it´s all about staying in control, you know, self-control.” He is at a point in his life where he just doesn’t want to do it, he might want to later, who knows. He feels great pride in the fact that this is his choice and that he stands by it.

Most marijuana users focus more on peace and prosperity than violence and hate. Making it easier to live and share a home with one. The only recurring problem is cleanliness.

These four individuals living together, I asked his roommates what they thought about the fact that Eniz doesn’t smoke. The three “stoners” just chuckle and answer that they couldn´t care less. “It is hard not to respect a man that respects you,” says one of his roommates.

Upon Leaving Eniz and his three roommates i could not help but wonder, why it is that so many Scandinavians that come here to study, end up using marijuana, even though it is so stigmatized in Scandinavia and very much illegal.

Eniz just smiled and said, “This is California though and people say when in Rome, well I say, when in California.” People come here for a lot of reasons. They come here to get a degree, they come here to try on the American dream, and some come here to go to school and smoke weed. Don´t be so quick to judge, I have had the best of times with these guys and I would much rather live with stoners, than alcoholics.