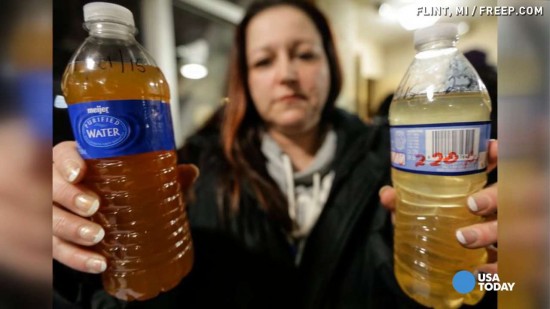 The first thing one notices when travelling through Flint these days, is a long line of National Guard vehicles. Lining up behind the desert camouflaged Humvees and Deuce and a Half’s (trucks) are the thirsty and bewildered. This is a situation that has been repeating itself since the 28th of January 2015. It wasn’t until the 5th of January 2016, that Michigan Governor Gary Snyder declared a state of emergency; Followed by President Obama declaring a Federal state of emergency on the 16th.

How is it possible that a major American city could find itself in such a precarious situation? Was it economic terrorism? Perhaps some kind of fiendish plot committed by left wing radicals? Who decided to forgo their traditional campaign of spiking the water with L.S.D. in favor of a more direct approach? Are our suspiciously quiet Canadian neighbors behind this act of villainy for profit?

As it turns out none of the above could be further from the truth. It actually comes down to good old American greed and incompetence. Way back in April of 2014, the city of Flint decided to replace an ageing pipeline from Lake Huron. Sounds like a reasonable measure, except this is precisely where events took an immediate turn for the worse. Because instead of installing a new pipeline while waiting to connect to a new regional system, the Governor and other city managers decided to double down on a long bet, hitting on seventeen. The bet was that they could save money by drawing water from the Flint River until the new connection could be completed. 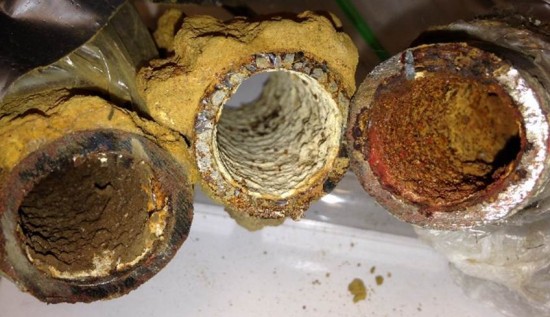 After all what could possibly go wrong? It’s not like the automotive industry had been dumping toxic chemicals into the river for over a hundred years. Surely the fine citizens of Flint could handle the low calorie taste of heavy metals in their drinking water. The real test quickly became large concentrations of Lead sprinkled liberally, with a touch of Legionnaires disease, a formidable opponent indeed.

So now the chickens, or in this case Blinky the three eyed fish of Simpson’s fame, had come home to roost. Naturally the Governor and anybody in authority who hadn’t already snuck out of town, proceeded with fierce apologies and fervent denials. Even though as early as October of 2014, Flint’s General Motors Engine Plant had to stop using the river water due to rusting parts. Engine contamination is one thing. Attempting to qualify Lead Poisoned children in the media spotlight is quite another.

This will probably be the end of Governor Snyder. Of course his legacy will live on in the brain damage of half- wit prosecution witnesses, marched before the cameras in a vain attempt at justice. A parade of walking liability unseen since the likes of Agent Orange. Just one more chapter in the annals of American history, which will be summarily forgotten with the dawn of a fresh outrage!

Update:3/8/16 Not quite forgotten at this point. A week after Super Tuesday Bernie Sanders is neck and neck with Hillary Clinton in tonight’s race for Michigan. Central to Sanders campaign is the legacy of Flints polluted water. Which, the Senator noted costs three times as much in Michigan than it does in Vermont for clean water.

The only thing that has really changed since January is the scope of the damage. Not only is the entire system polluted but, all the household plumbing in the service area is rusting away in record time. Making the entire situation more intangible is the plumbing can not be replaced until the entire system is replaced. Which will cost somewhere in the neighborhood of 8 bajillion. That’s a lot of scratch for this neck of the rust belt. A hard sell in tax levys, for the long suffering and no doubt disillusioned voters of Flint. 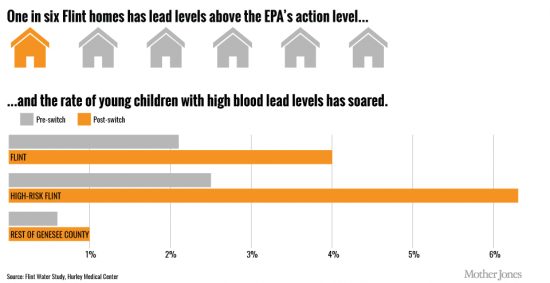 Reporting from the banks of the Flint River, this is Simon Auckerman for Antioch Odyssey Online.