Trending Now
You are at:Home»Current News»Sports»Doping Controversies in the Swimming Olympics

Is Michael Phelps being a hypocrite when criticizing Yefimova but not Gatlin?

Michael Phelps just won his 4th gold medal in the Rio Olympics, his 22nd(!) Olympic gold medal in total. But except for reports on the American’s great success, many news stories regarding the the Swimming Olympics have evolved around two swimmers who were previously banned for doping: Sun Yang and Yuilya Yefimova.

Before the men’s 400m freestyle final, Australian swimmer Mack Horton, called his Chinese opponent, the defending Olympic champion, Sun Yang, for a “drug cheat”, referring to the fact that Sun Yang was banned for three months in 2014, after testing positive for a banned substance. After beating Sun by a .16 of a second in the final, Horton called his victory as one for “the good guys.” The Chinese swim team has demanded an apology, but Horton has continuously refused. 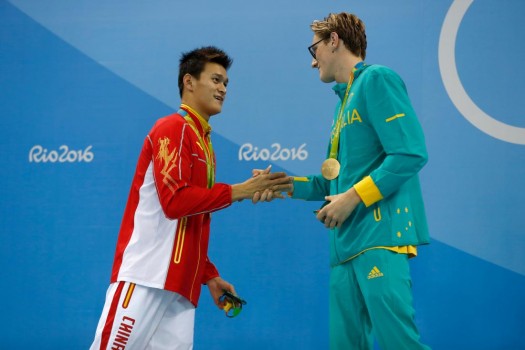 The most debated swimmer has without a doubt been Yuliya Yefimova. In 2014, she was banned for 16 months after testing positive for an endogenous steroid hormone. Then, in March of this year, she was provisionally banned again, after testing positive for meldonium. As a consequence of these bans, she was originally suspended from participating in the Rio Olympics. This ban was nevertheless overturned by the International Olympic Committee. The fact that she even was allowed to participate in the tournament has therefore been highly questioned. 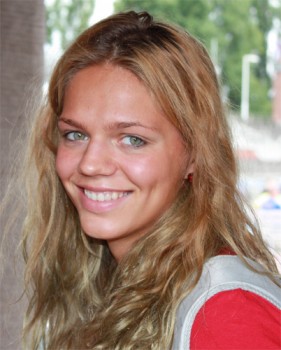 Swedish Swimmer, Jennie Johansson, would have made the final if it wasn’t for Yefimova’s participation, who finished ahead of the Swede in the semifinal. The day before the final, Johansson wrote this on Instagram: “My heart and mind will still swim in the final tomorrow, even if the actual lane has been taken by someone who doesn’t deserve it.”

Yefimova finished second, behind American Lilly King, in the 100m breaststroke final, claiming the silver medal. After getting booed both when introduced ahead of the final, and during the price ceremony, Yefimova left the arena in tears.

The two American gold medalists, King and Phelps, showed her no sympathy though. King refused to look Yefimova in the eyes after race, and said that she is not a fan of someone who has been caught cheating.

The most decorated Olympian of all time, Phelps, went even further in his criticism against Yefimova, when stating the following: ” I think it’s sad that we have people in sports today who are testing positive not only once, but twice, and still having the opportunity to swim at these games.” 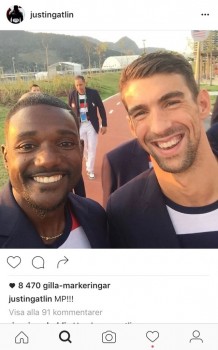 Lilly King also condemned the fact that her countryman Justin Gatlin, the vigorous sprinter, gets to participate in the Olympics. He has served two suspensions for doping, one which was a four year long ban for testing positive for testosterone.

Phelps, on the other hand, who attacked Yefimova for testing positive not only once, but twice, had no issues with posing for an Instagram-picture with another twofold cheater.