Brunost (translated into brown-cheese) has been a part of the Norwegian culture for almost 150 years.
This sweet, rich cheese with a slight taste of caramel has taken a special place in Norwegian hearts through generations. 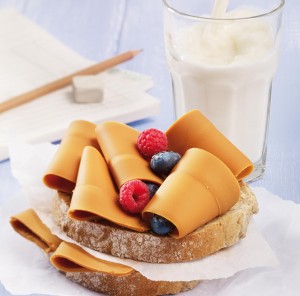 It all started with some rowdy goats at the little farm of Solbråsetra, in the valley of Gudbrandsdalen in Norway. The owner of the farm believed that these goats made too much trouble and noise, and eventually got rid of them. 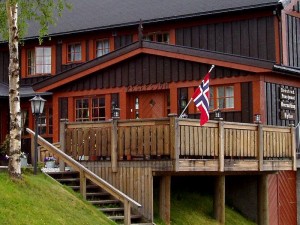 This farmer had a daughter named Anne Hov, who in the absence of goat milk, made cheese by mixing cream, instead of goat’s milk in the whey mixture. People in the valley thought of her as a unwise for wasting expensive and precious cream to make cheese instead of using it to make butter. But it was only until they got to taste the result of her actions that they realized something; the cheese tasted delicious! 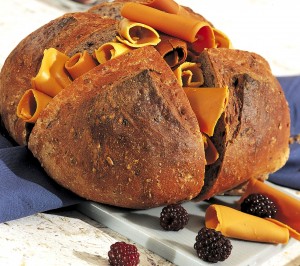 Some years later, Anne Hov got married and developed the recipe further. Unlike her father, Hovs’ husband was a goat-loving farmer who wanted the rowdy goats back to the farm. Anne perfected her recipe by adding a little goat’s milk in addition to cream making this new brunost recipe a hit. The word of Annes’ new delightful cheese quickly spread to neighboring farms, and in a few years was talked about in every corner of the country. 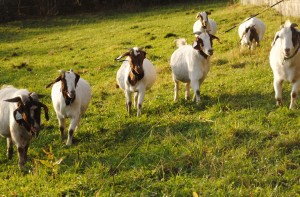 The first industrial brunost factory was built in the village Tretten, in 1908. Today, 150 years later, brunost brings out the most Norwegian of the Norwegian in us. So thank you to Anne Hov and thank God for the rowdy goats. 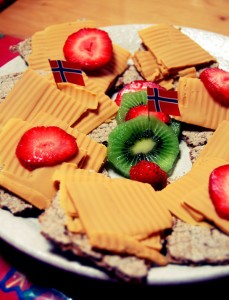 Mia Hayat is an international student from Norway who spent one year in Connecticut prior to her move to sunny California. She plans on pursuing her masters degree in Spain after graduating with her BA in Business and Entrepreneurship from Antioch University in 2016. Being aware of the injustice happening around the world, she has a passion to minimize the political conflicts and make the world a happier place. Mia is a firm believer in living a selfless and simple life and aims to work for a non-profit organization in the future.